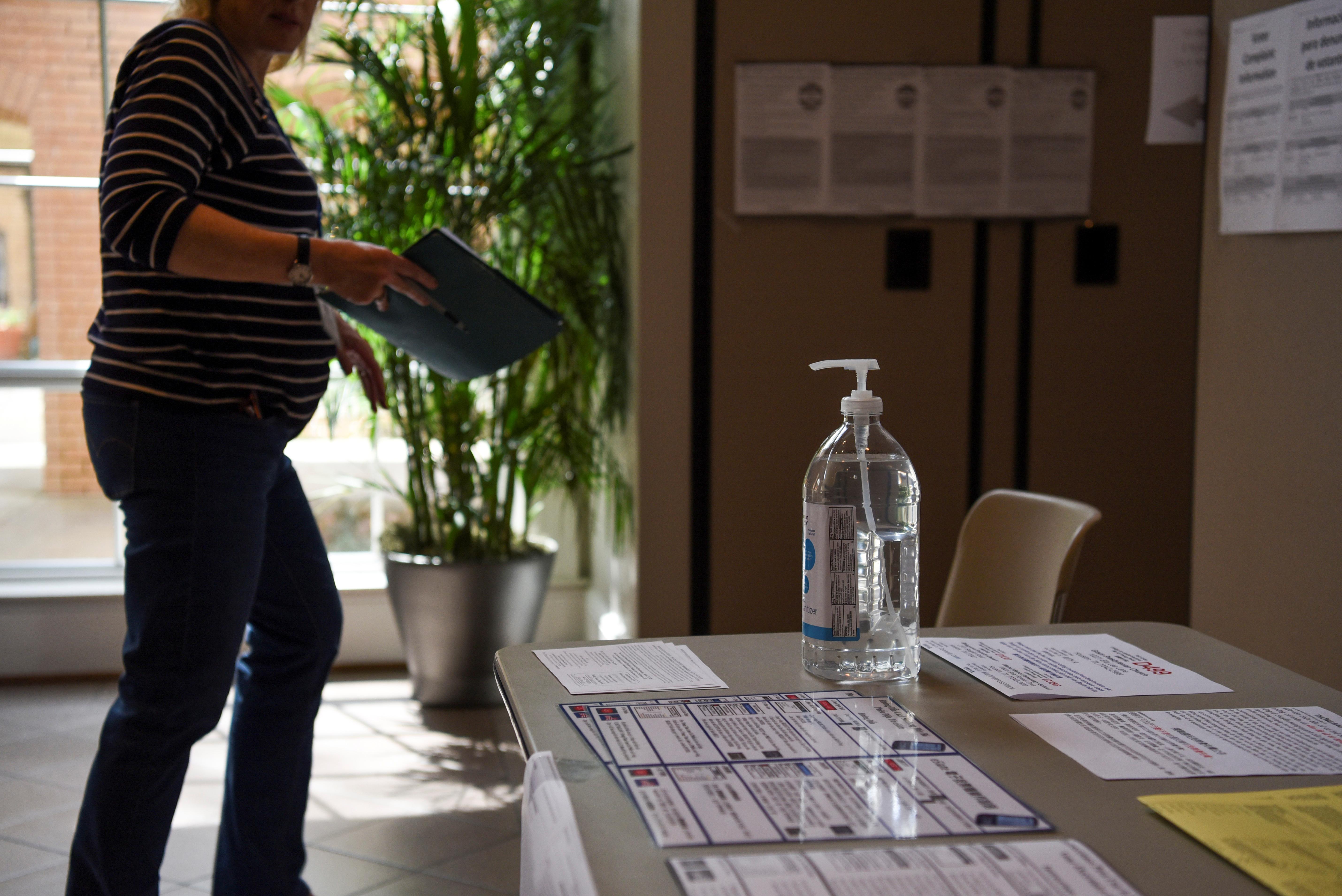 (Reuters) – Officials in Michigan are telling election clerks to repeatedly sanitize voting booths, touchscreen machines, pencils and other equipment ahead of Tuesday’s Democratic primary, amid concerns about the impact of coronavirus on the 2020 presidential contest.

The guidelines to election officials in Michigan follow a move by Democrats in Washington state – which also holds a primary on Tuesday – to cancel a fundraising event this weekend over concerns about the rapidly spreading and highly infectious virus, which has killed 15 people so far in the United States, and more than 3,200 worldwide.

Republican President Donald Trump signed an $8.3 billion bill on Friday to bolster the country’s capacity to test for the fast-spreading new coronavirus, and fund other measures to stem an outbreak that has now hit 21 states, with Pennsylvania and Indiana reporting their first cases.

Michigan, which has not yet reported a coronavirus case, is one of six states holding elections on March 10 as part of the nominating process to chose a Democratic candidate to take on Trump in November. Former Vice President Joe Biden and U.S. Senator Bernie Sanders are the last two viable Democratic candidates left in the race.

In Michigan, the biggest prize on Tuesday with 125 delegates up for grabs, the Secretary of State’s office has told election clerks to focus on cleaning and hygiene on election day, and to make contingency plans for additional staff in the event inspectors and election workers fail to show up.

“Wash hands often with soap and warm water for 20 seconds. If not available, use hand sanitizer. Build in additional breaks for election inspectors to sanitize their hands regularly,” the guidance adds.

The election workers are also advised to tell voters to keep their distance from other people while in line, if voters express concerns about the virus.