Ian Blackford, the SNP’s Westminster leader held informal discussions with EU diplomats as the Scottish Government became increasingly frustrated over Boris Johnson’s handling of negotiations. But Downing Street said the European Union would have to change its stance for negotiations on a post-Brexit trade deal to resume.

Brussels’ chief negotiator Michel Barnier and the Prime Minister’s Europe adviser Lord Frost were speaking on Monday afternoon with the trade talks in limbo following the lack of progress made at last week’s summit of EU leaders.

The Prime Minister’s official spokesman said: “If the EU change their position then we will be willing to talk to them.

“But they must be ready to discuss the detailed legal text of a treaty in all areas.”

However, Mr Blackford warned that communities will be “chucked under the bus” if the UK leaves the EU without a deal. 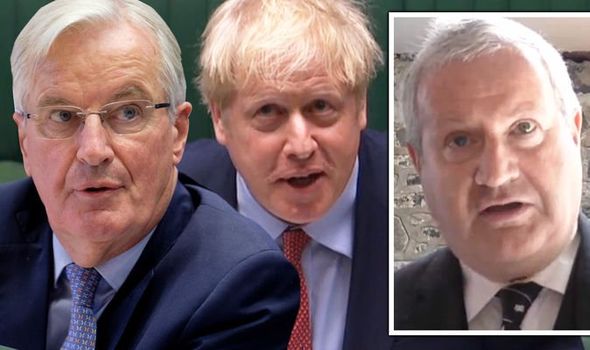 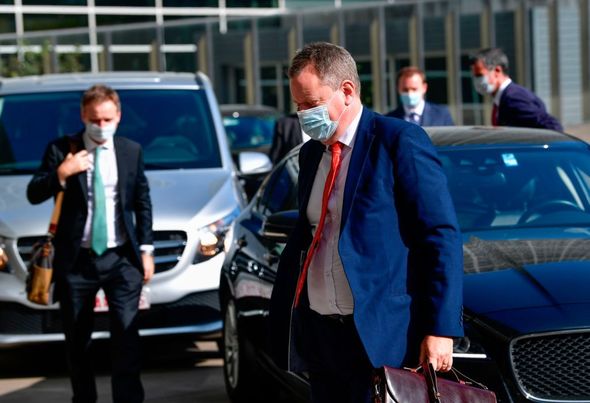 Mr Blackford said this morning: “We really should recoil at the possibility of a no deal Brexit when we’re going through a health pandemic when there are significant risks to our economy, where people are losing their jobs.

“This is just putting misery on misery and quite frankly the Government has got to come to its senses.”

Mr Blackford also warned of shortages of food and medicine, as well as “chaos at the ports”, citing the UK Government’s Operation Yellowhammer document, which was published last year and showed the “reasonable worst-case” scenario.

Express.co.uk has learned during conservations with Mr Blackford, EU officials signalled the bloc was willing to compromise if the UK was prepared to do the same. 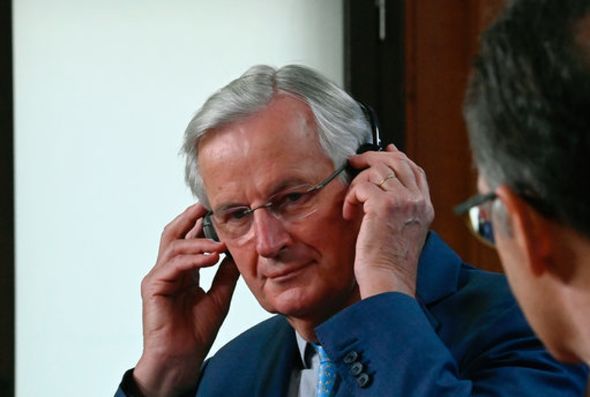 A Scottish Government official said: “A deal can still be struck, it is in everyone’s interests for this to happen.

“Westminster needs to change their tune.”

Mr Blackford added: “What we’ve had is a UK Government who simply haven’t taken seriously the desire to get around a table with the European Union and get a deal that protects consumers, that protects businesses, that keeps us aligned to the single market and the customs union. 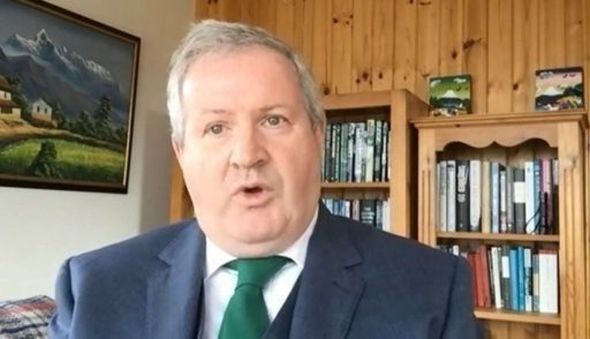 It comes amid fears Scotland’s fisheries had “no clarity” about future arrangements, warning “successive Westminster governments have sold out Scotland’s fishing industry”.

But Mr Barnier, who discussed the crisis with counterpart Lord Frost, said the EU was prepared to continue talks across all subjects in the negotiations.

Crucially, he indicated the EU was prepared to discuss “legal texts” for a deal, something the UK has been pushing for.