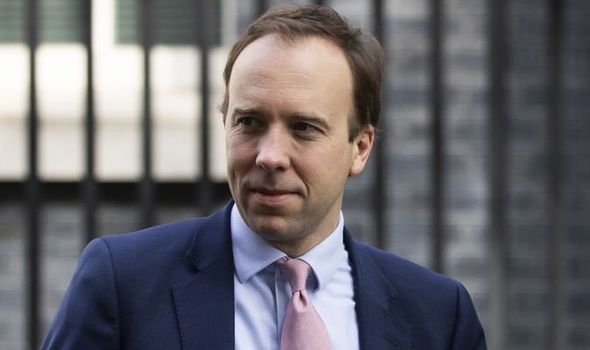 The approach is being piloted ahead of the nationwide roll-out, Mr Hancock added.

He told MPs: “I’ve heard the naysayers before and I’ve heard the people on the other side complain we’ll never get testing going – and they’re the same old voices.

“I’m looking forward to rolling out this programme, and this work, which has been under way for some time already, I’m absolutely determined that we will get there.

“And if everything comes together, and if the technology comes off, it’ll be possible even for challenging sectors like theatres to get closer to normal before Christmas.”

Speaking in the Commons, Mr Hancock also said that eligibility checks and a ­system prioritising those most at need would be in place for people having tests.

It follows a rise in the number trying to get tested when they have no symptoms.

Mr Hancock said anyone with coronavirus symptoms must still get a test but added: “In the last couple of weeks we’ve seen an increase of about 25 percent of people who are coming forward that don’t have symptoms and aren’t eligible.”

He said that stories of schools sending a whole year group to get tested and ­people getting one before going on holiday are “not appropriate”.

He explained: “The testing system is there to control this epidemic and we’ve got to be firmer I’m afraid with the rules around ­eligibility for testing.” The Health Secretary also told MPs that the average distance people have to travel to get to a test site is just 6.4 miles, and that ­90 percent of people who book a test travel 22 miles or less.

But shadow health secretary Jonathan Ashworth criticised the Government over the testing system, saying: “We are all ­fed-up of undelivered promises. Mass testing is too important to become another failed project.” 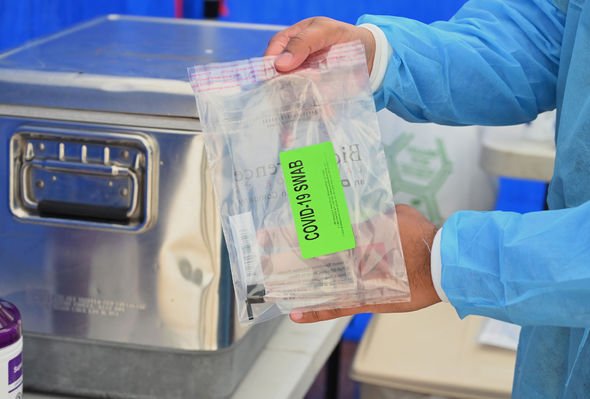 Earlier this week a senior official at the NHS Test and Trace programme issued an apology to people who have been unable to get a test, saying that laboratories are at a “critical pinch-point”.

It has now been revealed that the number of close contacts of people who tested positive for Covid-19 in England has fallen to its lowest since Test and Trace was launched at the end of May.

Just over two-thirds (69.2 percent) were reached in the week ending September 2, down slightly from 69.8 percent in the ­previous week. The Government’s target is 80 percent target.

The new figures from the Department of Health and Social Care also showed that the highest number of positive tests were recorded from August 27 to September 2.

Meanwhile another 2,919 cases of coronavirus were confirmed ­yesterday, the fifth consecutive day that the figure has been more than 2,000.

In Scotland, 161 new infections were recorded, with First Minister Nicola Sturgeon announcing a six-person limit on gatherings, as in England, from Monday.

However, under-12s will be exempt from the rule north of the border.

Ms Sturgeon said: “Right now, given the rise in cases, it’s the only responsible decision we can reach.” She added that in Scotland “for now, working from home will remain the default position”.

In Westminster, Leader of the House of Commons Jacob Rees-Mogg was absent from business questions after one of his six children started showing symptoms.

Deputy chief whip Stuart Andrew stood in for him, with Mr Rees-Mogg later tweeting him his thanks.

He added: “One of my children was tested for Covid-19 last weekend after ­displaying symptoms.

“In accordance with government guidance, the household has been in self-isolation while we await the test result.” 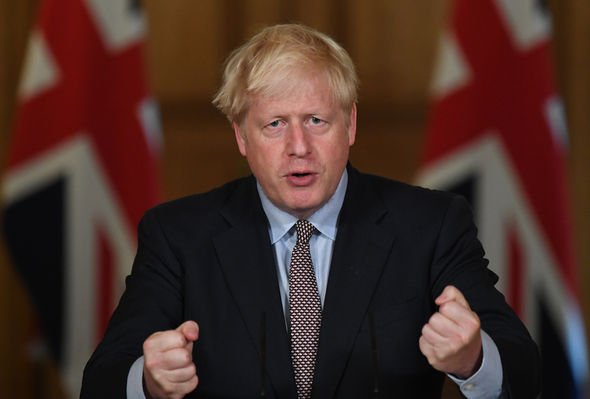 Results usually take up to 72 hours.

Mr Andrew told the Commons: “A ­member of the Leader of the House’s household is awaiting a Covid test result after having been symptomatic.

“The Leader is therefore self-isolating along with his family.”

The politician shared a photo of them in uniform to mark the occasion. His other child, Sixtus, is three.

Labour’s shadow Commons leader Valerie Vaz said: “We all wish the Leader
of the House and the whole Rees-Mogg family well, and we know it had to be something very, very serious for him not
to be here.”

Several ministers, including the Prime Minister, have tested positive for Covid-19.

Mr Johnson returned to Downing Street in April after spending two nights in intensive care. Around the same time his most senior adviser, Dominic Cummings, as well as Mr Hancock, fell ill it. Also yesterday it was revealed that the “Covid-secure ­marshals”, announced on Wednesday to help enforce the new “Rule of Six” on social gatherings in England, must be paid for by local councils.

It is expected they will be patrol town and city centres to deter crowds.

But the Ministry of Housing, Communities and Local Government said they will not be given enforcement powers.

Leeds City Council and Cornwall Council have already deployed some ­marshals, a spokeswoman added, with other local authorities being “encouraged” to hire them, or to use volunteers and existing council employees.

She said that marshals would probably wear high-visibility clothing to ­“support members of the public in one-way systems and remind them of guidelines”.

They could also be used to “give out masks and hand sanitiser in public places,” she added. 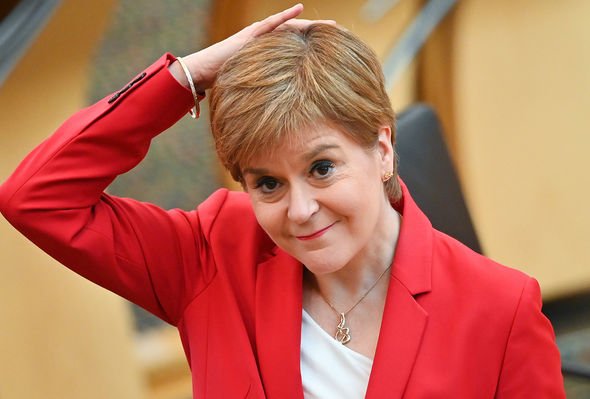 But Ken Marsh, chairman of the Metropolitan Police Federation, said rank-and-file officers had been left “absolutely baffled” by the announcement.

He added: “Any help is good help but what I’d like to understand is what actually is their role, what are we asking them to do?

“Because if they don’t actually have any powers, you know what Joe Public will do very quickly.

“When the stick needs to be wielded, then you need to have the ability to wield it.

“Are they for parks, are they for enclosed areas? I just don’t know, no one knows.”