Sessions at the festival next week include “dynamic breathwork”, “emotional freedom” and one named “What if we were salmon?” According to officials, the festival which starts on Monday would assist staff who felt they were “swimming hard against the current” as well as providing a “compassionate space” for mindfulness.

The festival is being run by NHS East of England which covers the Suffolk Coastal constituency of new Health Secretary Therese Coffey.

Fitness sessions will be available with 90s tv fitness star Mr Motivator who made an unlikely comeback during the coronavirus pandemic.

There will also be a “boys club” for men who are confused by the menopause and want to talk about it “in a safe environment”.

Publicity for the salmon session states “This interactive, supportive session will pose the question, what if we were salmon? Do you ever feel like you’re swimming hard against the current, longing to get to calmer waters?” 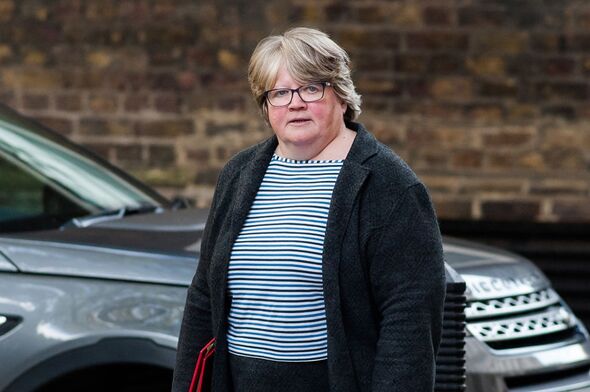 The mindfulness session promises “an open and compassionate space for self-enquiry and exploration, through mindful practice of stillness, movement and breath”.

One health source told The Daily Telegraph that it was “outrageous” and “looks terrible” and “couldn’t come at a worse time.”

They said: “It’s just outrageous, and it couldn’t come at a worse time, with a new Health Secretary and all eyes on the NHS budget.

“Of course staff wellbeing is important, but men-only events on the menopause, hiring Mr Motivator?

“It looks absolutely terrible, this is not how NHS resources should be used.”

A Government source slammed the event castigating it as “errant nonsense” fuming that it was proof that the NHS had gone “tonto.”

The source added that Ms Coffey would be “sharpening her axe with glee” as NHS bosses wasted money “on this rot.”

They said: “This kind of errant nonsense is more proof of an NHS gone completely tonto.

“Whilst ordinary Brits are worrying about what the winter will bring, NHS managers are wasting money on this rot.

“The new health secretary must be sharpening her axe with glee to cut waste like this and focus the NHS on looking after people who need help.”

It comes as warnings have been issued that the NHS has spent over £1million on hundreds of “woke” staff networks.

The events on transgender issues, sexuality and racism have taken place despite warnings from successive health secretaries to cut down on “waste and wokery.”

An audit by the Taxpayers Alliance identified “tea and rainbow cake” picnics, a special session about pronouns and a Filipino martial arts performance.