And it will fuel growth by creating jobs as the number of exports increase, including in premium items such as cars and Scottish whisky. Ms Truss dismissed claims that Australia will do five times better out of the deal than the UK as “very defeatist” and “pessimistic”. She said it was based on a “static analysis” of the position now but the world will be “very different in 2030”. The minister added: “Of course, what we need to do is encourage more British businesses to export.

“Currently, only one in 10 British businesses export. I want to get more of them doing that.

“So, it’s not a fixed prediction. We can change the way we do things.

“But actually bringing products in from Australia at more affordable prices is great for British consumers – whether it is wine or other Australian products.”

An ambitious free trade agreement could increase UK exports to Australia by up to £900million, according to the Government. And Ms Truss insisted the deal will protect British farmers from unfair competition from Australian counterparts.

She told BBC’s The Andrew Marr Show yesterday: “I can absolutely promise we are not going to lower our excellent food standards in order to do this trade deal.

“But what we will do through this trade deal is to make sure we get fantastic British products into Australia at a much cheaper price – whether it’s whisky or cars – which will drive jobs and growth across Britain. 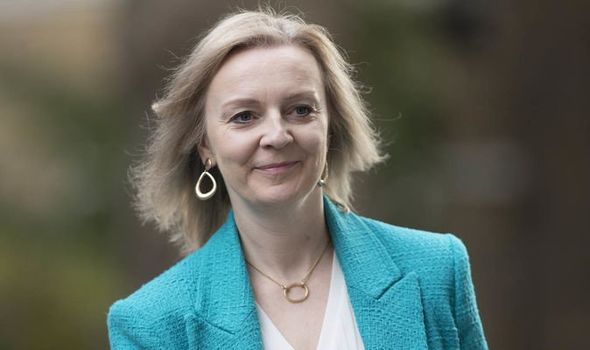 “It also gives us access to a fantastic, fast-growing part of the world, the Asia-Pacific.

“So this is all about creating new jobs and growth for the future and hitching Britain to the fastest-growing parts of the world.” Ms Truss and Australian trade minister Dan Tehan vowed last Friday to “enter a sprint” to the finish in talks after making significant progress in the latest round of negotiations.

An agreement is expected to be finalised in June and will then need to be signed off by respective parliaments.

Australia was the UK’s fifth largest trading partner in 2019, with total trade between the nations that year worth £18.8billion.