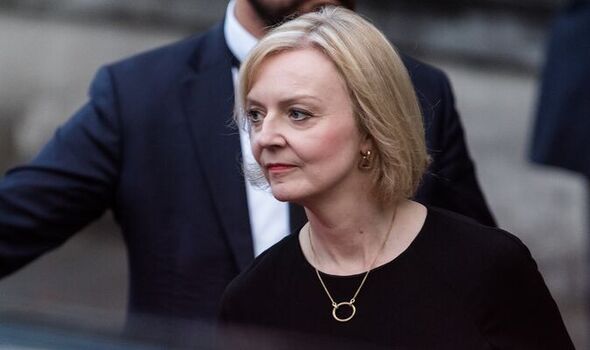 The Prime Minister will say it is no time to “take our foot off the gas” when it comes to supporting Ukraine despite its recent military successes against Russia’s invasion. At the United Nations in New York, she will pledge to spend at least as much on military aid to support Ukraine as the £2.3 billion given last year.

Ukrainian armed forces have made significant advances over the last two weeks with the liberation of territory in the east of the country.

Ms Truss will say the success shows what Ukraine can achieve with the support of democratic nations.

Ahead of the visit, she said: “Ukraine’s victories in recent weeks have been inspirational. Time and time again these brave people have defied the doubters and showed what they can do when given the military, economic and political support they need.

“My message to the people of Ukraine is this: the UK will continue to be right behind you every step of the way. Your security is our security.”

Ms Truss flew out to New York for the UN’s annual general assembly last night after the Queen’s funeral.

Over the weekend she met a number of premiers for the first time since becoming Prime Minister just two weeks ago.

She will hold formal meetings over the next 48 hours with key allies, including US President Joe Biden.

Ms Truss will say Putin is turning to economic blackmail as it struggles to maintain his hold in eastern Ukraine, including turning off the Nord Stream 1 gas pipeline.

She will call for a global effort to end energy dependence on authoritarian regimes.

The Prime Minister said: “By turning off the taps of the Nord Stream gas pipeline, Putin has consigned millions of people in Europe to a colder and more difficult winter.

“Too many lives – in Ukraine, in Europe and around the world – are being manipulated by a dependence on Russian energy. We need to work together to end this once and for all.”

The UK is the second largest donor to Ukraine and in the last year has sent hundreds of rockets, five air defence systems, 120 armoured vehicles and over 200,000 pieces of non-lethal military equipment.

The Prime Minister’s spokesman said: “The visit comes in a context of unprecedented military gains made by the Ukrainian armed forces who have recaptured over 3,000 square kilometres in the east of the country in recent days.

“But as the prime minister will tell fellow leaders these successes are not a sign that we should take our foot off the gas, quite the opposite.

“She will be very clear that UK support for Ukraine will not falter. We will continue to act to restore sovereignty and self-determination to Ukraine.

“Because this isn’t just Ukraine’s fight, the whole world suffers when a regime like Putin is allowed to bully and blackmail his neighbours.”