US should be trying to 'end' communism in China says expert

The Cheshire Hunt was founded in 1763 and between 1850 and 1870 one of its leading members was Friedrich Engels the author of the Communist manifesto. Engels along with Marx laid the foundations for modern day communists and socialists but his ideological heirs now want to ban one of his favourite pastimes and the institution he played a major part in. In a virtual meeting of Cheshire West and Chester Council, held on Thursday, councillors debated a motion proposed by Labour’s Cllr Matt Bryan, Cabinet Member for Climate Emergency which could lead to a ban the Cheshire Hunt on local authority controlled public land.

Since the Hunting Act 2004, people riding to hounds have not been allowed to hunt foxes but have continued the tradition by laying false scent trails.

According to hunt supporters the vote to push forward with enacting a trail hunting policy without future transparency, means the Labour run authority could introduce curbs to lawful trail hunting and other hunting activities such as hound exercise, being conducted on council owned land, without sufficient scrutiny or input from the wider local community.

She said: “We don’t want to see it [the Cheshire countryside] ravaged by criminals and their hounds”. 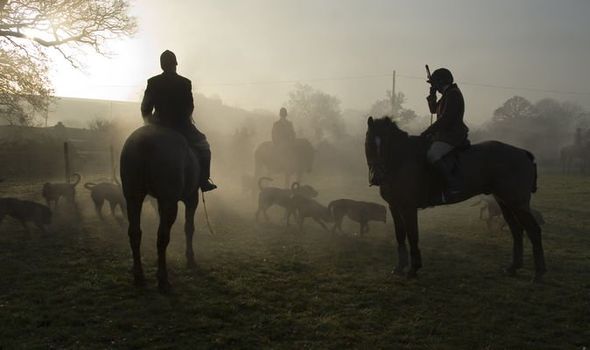 A spokesman for the Countryside Alliance said: “This motion is nothing more than cheap political grandstanding and is pointless.

“It is not even clear whether the council actually holds rights over any land on which trail hunting takes place. Sadly it appears to be a shoddy distraction technique to take focus away from the very pressing issues facing Cheshire West & Chester that the current Labour administration are failing to address.

“We would expect any local council to fully liaise with the local trail hunting community to ensure any policy is fair. Banning a legal activity, behind closed doors and away from scrutiny, would simply be unacceptable.”