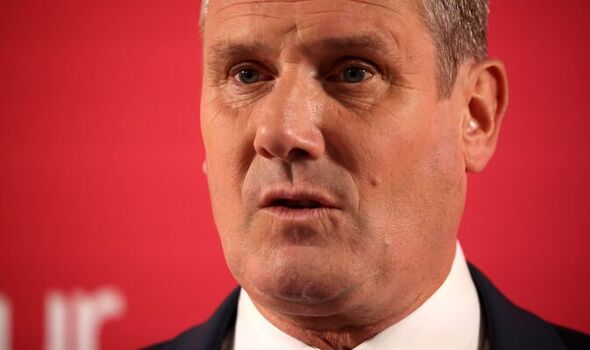 But the move would rally even Mr Johnson’s fiercest Tory critics to support him after he announced on Thursday he will leave by autumn. Conservative rebel Andrew Bridgen said he would oppose Labour’s plan as it would “bring down the Government” and trigger a general election. Labour deputy leader Angela Rayner has said if the Tories did not act, Labour would, “as we can’t have another couple of months of this”.

She added: “So they do have to get rid of him, and if they don’t, we will call a no confidence vote because it’s pretty clear – he hasn’t got the confidence of the House or the British public.”

Sir Keir said the Prime Minister should leave No10 “straight away”. The Labour leader added that former prime minister Theresa May stayed on after “there was a policy dispute within her party that in the end led to her resignation”.

Sir Keir said: “This Prime Minister, Boris Johnson, has been brought down on the issue of trust and integrity.

“I understand why Theresa May stayed on. This Prime Minister is desperately clinging on; he should go. He should go straight away in my view.”