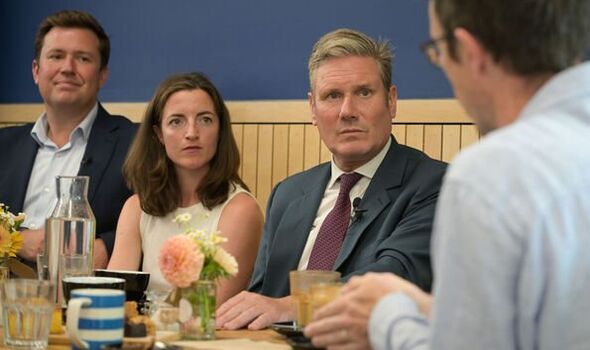 Sir Keir Starmer has tried to distance the party from the industrial action in an attempt to show Labour is ready for government.

“I don’t think being on a picket line is going to sort this problem out.”

“I think it is right that we do speak to workers who are affected by all of these cost-of-living pressures that we face, but my priority is making sure that we get a Labour government that is able to fix some of these big problems that we face as a country.”

“Sam is a trade union person like me, he used to work for the TSSA, he went on a picket line to support his union and his members,” he said.

“I think to dismiss him from his shadow position was very unfair.”

He told Mr Tarry after his sacking that he was “very sorry because he was doing a very good job, he was trying to develop a… much better national transport strategy”.

She said the party was founded by the trade union movement to advance the rights of workers, adding: “I hope the leadership reflect on that.”