Fifty-seven people were charged with trying to steal more than $175 million from the Paycheck Protection Program, law enforcement officials said. 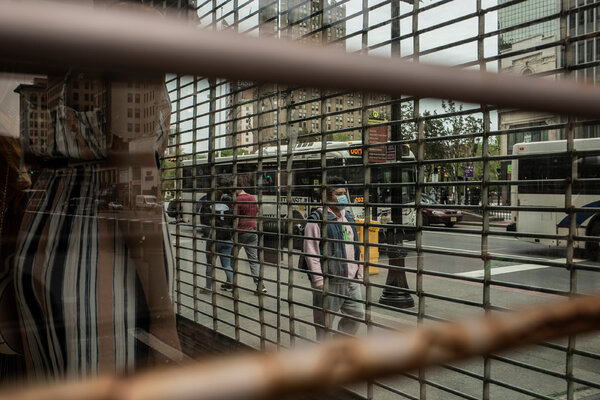 WASHINGTON — The Justice Department on Thursday said it had charged 57 people with trying to steal more than $175 million from the Paycheck Protection Program of emergency loans to help small businesses during the coronavirus pandemic as questions swirled about how its funds were disbursed.

Some cases involved “individuals or small groups, acting on their own, who lied about having legitimate businesses or who claimed that they needed P.P.P. money for things like paying workers or paying bills, but instead used it to buy splashy luxury items for themselves,” Brian C. Rabbitt, the acting head of the department’s criminal division, said at a news conference.

In other cases, coordinated criminal rings stole large sums of money from the loan program, Mr. Rabbitt said. “We will be focusing on these types of cases going forward,” he said.

The federal government offered emergency loans to small businesses through the Paycheck Protection Program as part of the Coronavirus Aid, Relief and Economic Security Act enacted in March to stave off a wave of catastrophic job losses as the pandemic took hold in the United States and businesses were forced to close. The loans could be forgiven if the funds were used to cover payroll and certain other expenses.

Mr. Rabbitt said that the 57 cases charged by the criminal division ranged from loan requests for $30,000 to about $24 million, and that cases had been brought across the United States. Federal prosecutors around the country had also brought separate fraud cases related to the coronavirus relief programs, he said, but he did not mention how many.