Home » Politics » Have Your Say: Who is holding up Brexit as Britain still tied up by Brussels red tape? 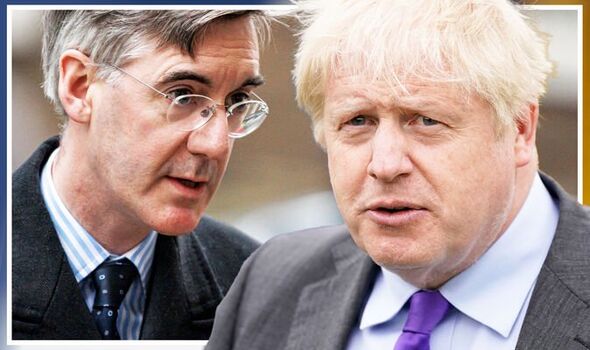 Jacob Rees-Mogg said Brexit is being held back by the “huge cost” of net-zero plans, saying that keeping this as low as possible is “fundamental” and claiming policy creation should be driven by technological innovation rather than “endless regulation”.

The Treasury has warned it could well be facing a £37 billion deficit from the loss of tax revenue created from fuel-powered vehicles, such as fuel duty and car taxes.

He said: “Net-zero is going to be a huge regulatory cost and that is an issue for the country to face and to face up to.

“If we were to have a ‘one in, one out’ or ‘one in, two out’ rule, you would end up excluding net-zero, as we previously excluded EU regulation, and then you’re tinkering at the edges because you’re ignoring the biggest piece of regulation.”

But it’s not the only red tape Britain is currently still facing from the EU. And with the Prime Minister’s concerns on partygate, Ukraine and the cost of living, some think Brexit has been left on the backburner.

Or is it the EU holding things up, trying to delay the inevitable?