Home » Politics » Have your say: Should Boris give Sturgeon independence vote now to quash indryref2 dreams? 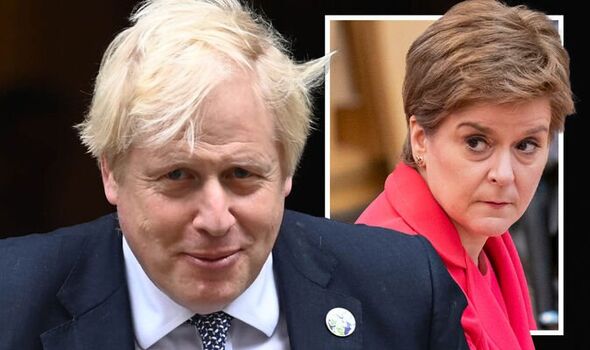 The Savanta ComRes poll for The Economist found only a third of people in Scotland want a second independence vote held in the next two years.

Meanwhile, 51 percent of the Scottish public are against a referendum altogether compared to 49 percent once those who are undecided are removed.

Before the close of 2023 Ms Sturgeon has said she is determined to give Scots a second opportunity to vote for Scottish independence from the rest of the UK.

The SNP leader pointed to her party’s election victory last year as proof she has a mandate to ask Scots the constitutional question for the second time in 10 years.

Scots rejected independence during a referendum in 2014 by 55 percent to 45 percent.

So, given the latest feeling from the Scottish public should Prime Minister Boris Johnson now allow a second referendum vote to take place?