Home » Politics » Have your say: Do you back Keir Starmer’s price cap freeze to lower energy bills?

Labour leader Keir Starmer revealed a plan to freeze the energy price cap, which is predicted to shoot up to £3,600 in October.

Freezing the cap means households would not need to pay any more for their energy bills this winter, Mr Starmer argued.

Speaking to BBC Breakfast, he said: “We’re on your side, we will tax oil and gas companies that have made more money than they were expecting, and use that money to freeze prices to make sure there aren’t any increases in autumn.”

He added that every penny of government support should go towards reducing bills, rather than other methods such as nationalising utility firms. 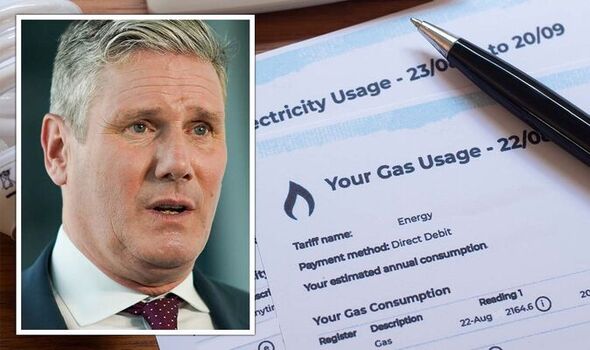 Tory leadership hopefuls Liz Truss and Rishi Sunak have outlined their own plans to tackle the cost of living crisis, but neither have committed to freezing the energy price cap.

While the idea is gaining support, with the Institute for Public Policy Research claiming that a price-cap freeze would bring down inflation by 3.9 percent, others have said it doesn’t go far enough.

Labour’s former shadow chancellor John McDonnell argued that without returning utility firms to public ownership, people will still struggle to pay their bills this winter in spite of a potential price cap freeze.

So, do you back Keir Starmer’s plan to save households £1,000 by freezing the energy price cap?