An investigation into how footage from Matt Hancock’s office came to be recorded and leaked is due to take place, a minister has told Sky News.

The Department of Health and Social Care (DHSC) will be looking into how the former health secretary came to be videoed kissing one of his aides, Northern Ireland Secretary Brandon Lewis said.

The minister was asked about the security concerns around the footage as he appeared on Sky News’ Trevor Phillips On Sunday programme. 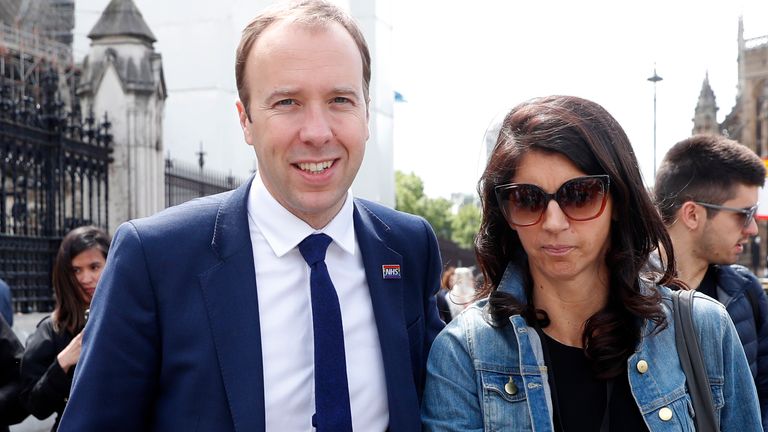 The concerns come as another security breach was reported: sensitive defence documents containing details about HMS Defender and the military were said to have been found by a member of the public at a bus stop.

Mr Lewis said: “It’s something we need to get to the bottom of. Quite rightly what happens in government departments can be sensitive and important.

“So yes, I do know that is something the Department of Health will be taking forward as an internal investigation.”

Former Labour health secretary Alan Johnson said when he was in the position formerly occupied by Mr Hancock, there was no camera in his office.

He told Sky News: “I could never understand why there was a camera in the Secretary of State’s office. There was never a camera in my office when I was health secretary or in any other five cabinet positions.” 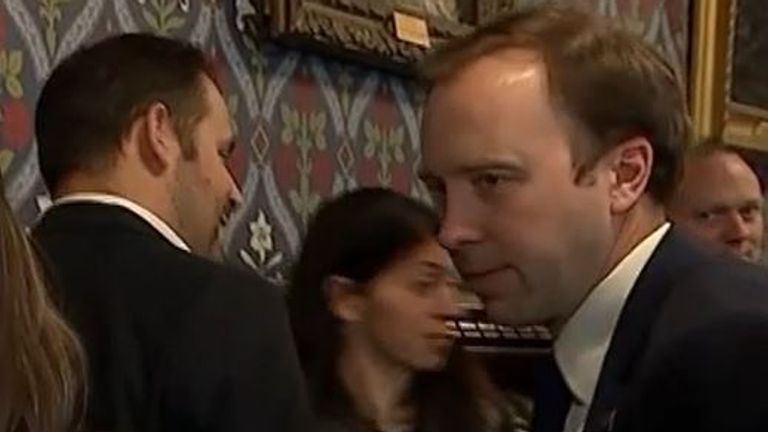 Asked about the rule that cabinet ministers are not allowed to be monitored by anyone other than the security services, he added: “It goes back to Harold Wilson’s time, although of course our telephone conversations; there’s always someone listening in, as a member of your private office, to get a record, so you’ve got some… back up for what’s talked about.”

She said Labour MP Fleur Anderson had referred Mr Hancock to the police to find out if any laws had been broken.

The Sun said its report of Mr Hancock’s affair came from whistleblowers. It remains unclear how the footage of the ex-health secretary kissing his aide was captured and disseminated.

The Independent Press Standards Organisation (IPSO) Editors’ Code of Practice, which sets the standards for most of Britain’s print and online news journalists including The Sun’s, states that the press “must not seek to obtain or publish material acquired by using hidden cameras or clandestine listening devices” or “by accessing digitally-held information without consent”.

But it adds that “misrepresentation or subterfuge, including by agents or intermediaries, can generally be justified only in the public interest and then only when the material cannot be obtained by other means”.