The former top aide to the prime minister took aim at journalists for having “parroted” health secretary Matt Hancock’s claim on March 14 last year that herd immunity was not part of the plan. Mr Cummings said many people around Westminster were happy to believe “Hancock’s bulls–t”  so they “didn’t have to face the shocking truth”. He claims that it was only in the working week beginning on March 9 that Downing St was made aware that the “official plan” would “lead to catastrophe”.

He writes: “It was then replaced by Plan B. But how ‘herd immunity by [September’ could] have been the plan until that week is a fundamental issue in the whole disaster.”

Mr Cummings, who left his role at No 10 in November, also claims in a series of online posts that the country’s lockdowns could “probably” have been avoided if the right people were in charge and preparations were in place.

His latest critique on the Government’s competence will heighten fears in Whitehall about what he will say when he gives evidence to MPs on the health and social care committee and science and technology committee on Wednesday.

Writing on Twitter, he alleged that when it came to mass testing “brilliant/dedicated relatively junior officials” and “great young scientists” were held back by senior management at the department for health and social care and Whitehall “horrorshows”.

This was despite the PM and the cabinet secretary telling human resources and procurement officials to treat mass testing “like a wartime project”. 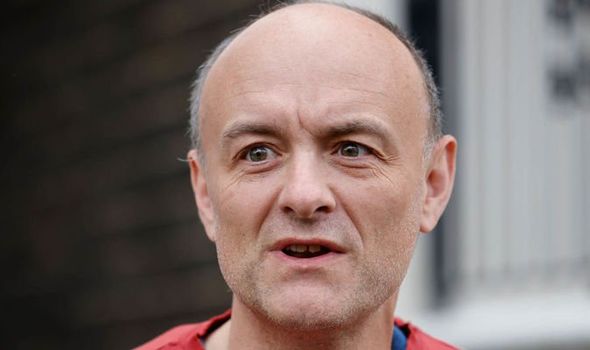 Mr Cummings claimed that if the “right preparations” had been in place and “competent people” had been in charge the country would “probably have avoided” the first lockdown and “definitely” would not have needed the second and third lockdowns. He writes that the first became necessary because the plan was “AWOL/disaster” and “awful decisions delayed everything”.

He acknowledges that lockdowns are “destructive” but argues it is better to go earlier and harder if the alternative is hundreds of thousands of people “choking to death”, “no NHS for months for everybody else” and a “sunk” economy because everyone is “hiding in terror”.

The question of whether the Government was trying to build up immunity through the population rather than suppress the virus entirely was a key source of controversy in the early stage of the pandemic.

Sir Patrick Vallance, England’s chief scientific adviser, told BBC on March 13 last year: “Our aim is to try and reduce the peak, broaden the peak, not suppress it completely; also, because the vast majority of people get a mild illness, to build up some kind of herd immunity so more people are immune to this disease and we reduce the transmission, at the same time we protect those who are most vulnerable to it.”

Downing St and the department for health and social care were invited to comment.