Britain is 'at war with America' over Ireland says Gordon Brown

Gordon Brown has suggested the UK is “at war” with the US in a struggle to establish post-Brexit international trade.

The former Labour Prime Minister argued the issues concerning the Northern Ireland Protocol needed an urgent remedy if the nation was to establish strong global trade independent of the European Union.

“America will not sign a trade treaty with Britain as long as we cannot sort out the issues related to Ireland.”

Ms Rigby was quick to suggest America would not be deterred from signing trade deals with the UK as the Prime Minister establishes international treaties in the wake of Brexit.

She countered Mr Brown as she said: “President Biden, I asked him about this explicitly last year, and he did say he thought the two things were separate.

“That there was a trade deal and there was the Good Friday issue .”

Mr Brown replied: “He may think that, but the American Congress will not think that.

“There is no chance of a trade deal between Britain and America unless we can sort out the problems that arise in Ireland.” 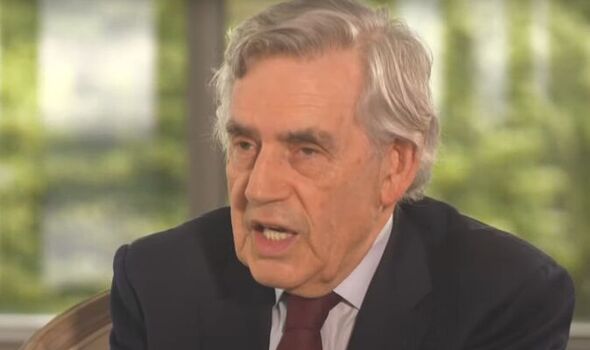 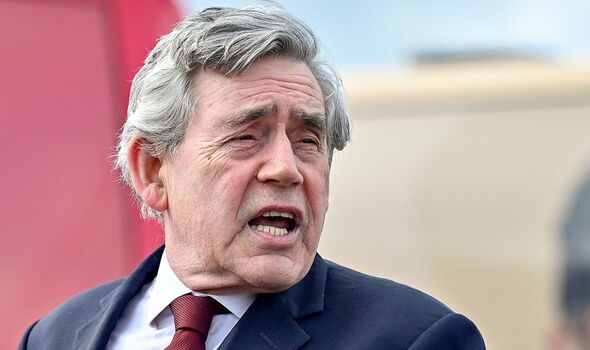 The former Prime Minister added: “Of course, there’s no chance of getting better trade relationships with Europe unless we can sort these problems out as well.

“That’s very much part of our future because if we cannot export to the leading markets in the world, and cannot do so successfully with these new industries and new technologies, then the cost-of-living crisis will be with us for years and not just temporarily.”

Mr Brown’s comments on the Government’s relations with the US added to his scathing remarks about the Prime Minister’s handling of rising inflation within the UK.

He mocked the efforts of Mr Johnson as he said the Tory leader “talked about Peppa Pig instead of talking about an industrial strategy.” 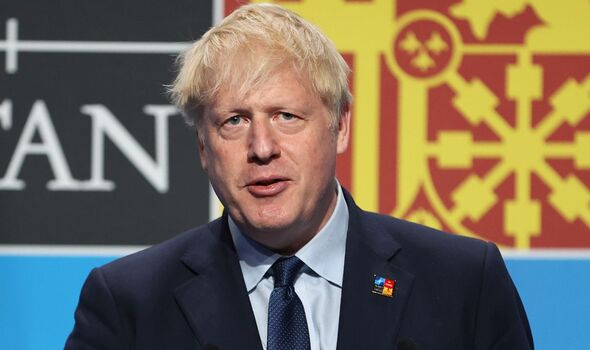 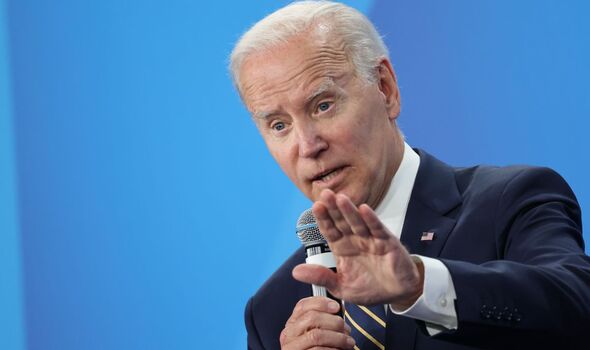 The US House Speaker Nancy Pelosi said in May that Congress “cannot and will not support a bilateral free trade agreement” with the UK if the Government undermines the Northern Ireland Protocol.

She added: “Respectful of the will of the British people and of Brexit, I urge constructive, collaborative and good-faith negotiations to implement an agreement that upholds peace.”

The Tory Government had hoped to secure a strong trade alliance with President Biden in order to boost the UK economy following the nation’s withdrawal from the EU.

Issues concerning the Irish Sea border imposed by the Northern Ireland Protocol threaten to stain trade negotiations as the Conservatives are forced to consider overriding the Brexit withdrawal agreement to remove trade checks which undermine Northern Ireland’s position within the UK. 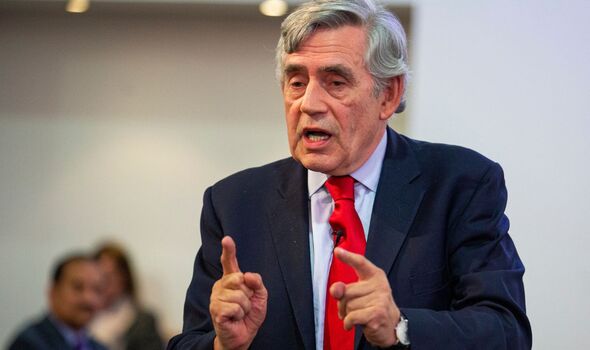 The Government has proposed the introduction of the Northern Ireland Protocol Bill in an effort to protect the Good Friday Agreement and adjust burdensome customs regulations imposed upon Northern Ireland.

A Government statement on the legislation read: “[The] bill ensures the delicate balance of the Belfast (Good Friday) Agreement is protected in all its dimensions and provides robust safeguards for the European Union (EU) single market.”

The European Union has opposed the introduction of the Northern Ireland Protocol Bill as Vice President of the European Commission Maros Sefcovic said the proposal was “damaging to mutual trust.”

Mr Sefcovic suggested the EU was still open to discussion of the matter as he added: “We call on the UK Government to engage with us on joint solutions.”

Read next:
Tories call for ‘period of stability’ amid threat of snap election
‘You’ve won nothing!’ Portillo tells Tory rebels to END attack on PM
Boris promises £55bn boost to defence over Russia threat
Brexiteer and Tory MP Lee Anderson answers YOUR questions
Johnson and Erdogan square up to each other at NATO as Biden steps in