Nicola Sturgeon denied on Thursday that she had misled parliament over how she handled sexual misconduct claims against her predecessor, in a dispute that threatens her dream of leading her nation to independence. A parliamentary committee investigating how Sturgeon and her administration had dealt with sexual harassment allegations against her former ally and mentor Alex Salmond in 2018 found that she had given misleading evidence, Sky News reported earlier. She said: “I think the first thing to say is I stand by all of the evidence I gave to the committee.

“All eight hours worth of evidence.

“What’s been clear is that the Opposition members of this committee made their minds up about me before I made a single word of evidence.

“Their public comments have made that clear so this leak from the committee before they’ve actually finalised their report is not that surprising.

“So let’s see the final report. 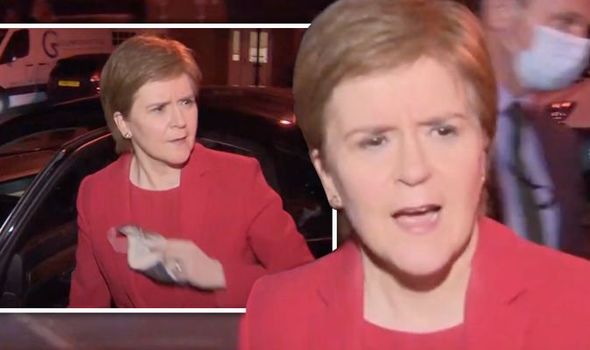 “But more importantly, the question of whether or not I breached the ministerial code is being considered independently by James Hamilton QC and I hope and expect to see that report published soon.

“Let’s see what the final reports have to say.”