Don Thompson, President of the Jersey Fishermen’s Association, said half of the 132 fishermen he represents have put their boats up for sale because there is simply not enough fish left for them to catch in their local waters. Under the Bay of Granville Treaty, fishing boats from France and Jersey are allowed shared access to the island’s territorial waters – but not on the same scale.

Mr Thomspon said while the French send out some 360 boats into the plentiful fishing grounds, vessels leaving Jersey ports number only around 132.

The controversial treaty, which his association wants out of, allows France to “write out a huge number of fishing permits” to its trawlers which makes for an “unbearable” situation in Jersey.

The fishing boss said locals have recently noticed an increase in the number of French boats in their waters in the run up to December 31.

And they anticipate the problem to get significantly worse in the new year when the French are kicked out of UK seas. 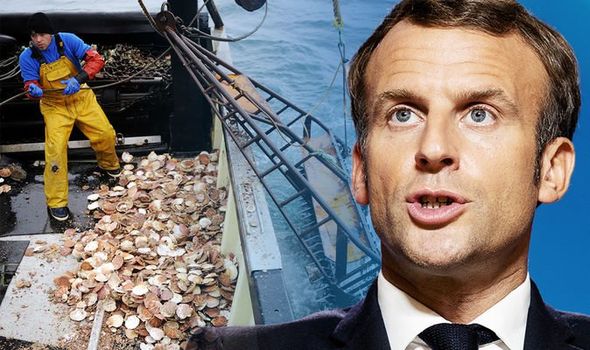 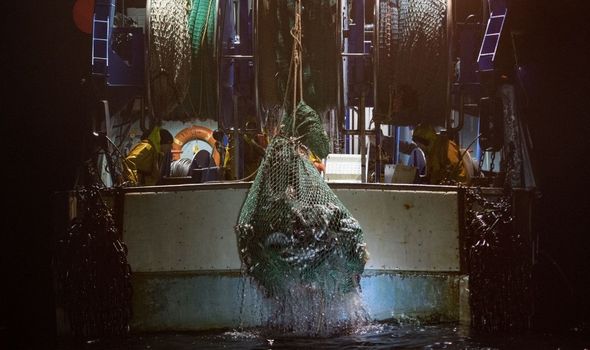 Mr Thompson told Express.co.uk: “In the last three months alone, we have lost three of our most productive boats and half of the rest of the fleet is on the market for sale.

“It’s a really desperate situation for our fishermen and it’s absolutely dire at the moment.

“There are so many French boats fishing in our waters we just cannot access our own fishing grounds.

“Our boats can barely go to sea because there’s just not enough space left out there. 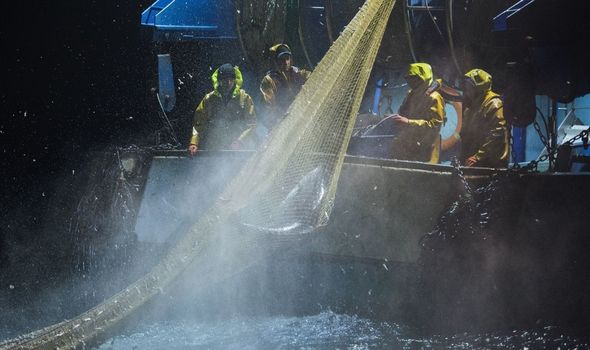 “It’s normally smaller boats from nearby French ports but now we’re seeing big powerful vessels that normally work off Cornwall and Devon, we’re seeing those boats turn up on our doorstep and we believe they’re building up a track record to try and maintain that.

“It could hardly get any worse.”

Under the Bay of Granville Treaty, France has the power to write out permits to its fishermen giving them the right to catch stocks in the waters around Jersey in huge numbers. 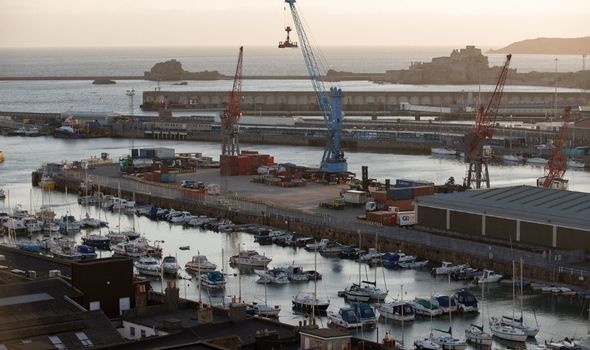 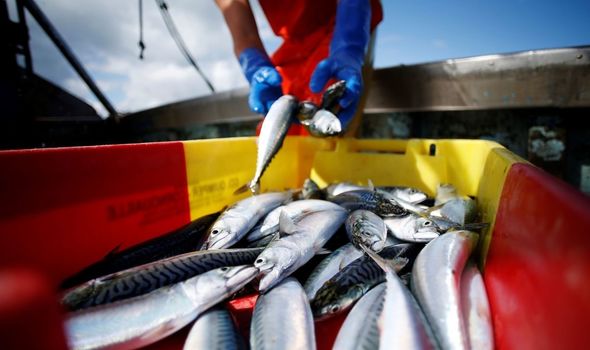 Mr Thompson said the population of sea bream has been decimated due to big vessels sailing in from France and leaving loaded.

The waters around Jersey are among Europe’s most productive spawning grounds for the freshwater species.

But he claimed as soon as the fish swim in each year to nest “big French pelagic trawlers just come through and wipe out all of the females overnight in our own waters under our noses and we cannot do anything about it.”

The Bay of Granville Treaty, signed in 1843, was the first cross-frontier fisheries agreement in the world and aimed to stop the violence that had erupted between fishermen from Jersey and France over access to stocks.

But after centuries of working within the constraints of the pact, Jersey fishermen are ready to be released – a position not shared by their government.

Mr Thompson said he would rather see the UK government step in and take control over fishing rights in Jersey, a Crown Dependency.

He said: “We are directly opposed to our government’s approach of trying to maintain a treaty which is so biased and unfair. 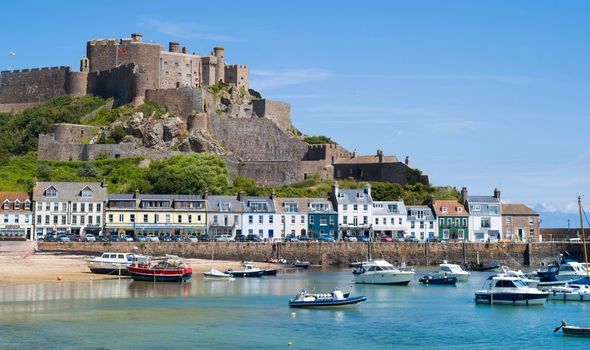 “We have openly come out and put it to our government that actually we would much prefer the UK government to take over management of our fisheries here.

His call comes after the House of Commons passed a “permissive extent clause” to the Fisheries Bill, without the consent of the administrations in Jersey and Guernsey.

The move is designed to enable Westminster to pass laws on behalf of the islands.