WASHINGTON (Reuters) – In a claim likely to intensify the controversy surrounding one of the most influential figures in the American Christian conservative movement, a business partner of Jerry Falwell Jr has come forward to say he had a years-long sexual relationship involving Falwell’s wife and the evangelical leader.

Giancarlo Granda says he was 20 when he met Jerry and Becki Falwell while working as a pool attendant at the Fontainebleau Miami Beach hotel in March 2012. Starting that month and continuing into 2018, Granda told Reuters that the relationship involved him having sex with Becki Falwell while Jerry Falwell looked on.

Granda showed Reuters emails, text messages and other evidence that he says demonstrate the sexual nature of his relationship with the couple, who have been married since 1987. “Becki and I developed an intimate relationship and Jerry enjoyed watching from the corner of the room,” Granda said in an interview. Now 29, he described the liaisons as frequent – “multiple times per year” – and said the encounters took place at hotels in Miami and New York, and at the Falwells’ home in Virginia.

His friendship with the Falwells eventually soured, Granda told Reuters, in part because he wanted to dissolve his ties with the couple and fell into a business dispute with them.

Granda first emerged as a figure in the Falwells’ circle two years ago, when BuzzFeed News reported that the couple had befriended Granda and gone into business with him, buying a Miami Beach youth hostel in 2013. At the time of the BuzzFeed article, a representative of the Falwell family said Granda was “offered a share” in Alton Hostel LLC because Granda lived in Miami and would act as a manager of the youth hostel. Corporate records show that Granda currently has a stake in that venture.

Becki Falwell did not respond to emails or phone and text messages from Reuters. After Reuters presented its initial reporting early last week to the Falwells, a lawyer for Jerry Falwell, Michael Bowe, said the evangelical leader “categorically denies everything you indicated you intend to publish about him.”

On Sunday night, however, as Reuters was preparing to publish this article, Jerry Falwell issued a statement to the Washington Examiner in which he said that his wife had had an affair with Granda and that Granda had been trying to extort money from the couple over the matter. Granda denies any such intent, saying he was seeking to negotiate a buyout from a business arrangement he says he had with the couple.

Falwell’s statement Sunday to the Examiner said nothing about Granda’s account alleging that the evangelical leader had his own role in the affair, and Falwell didn’t address questions from Reuters about it. In the statement quoted by the Examiner, Falwell said that “Becki had an inappropriate personal relationship with this person, something in which I was not involved.” 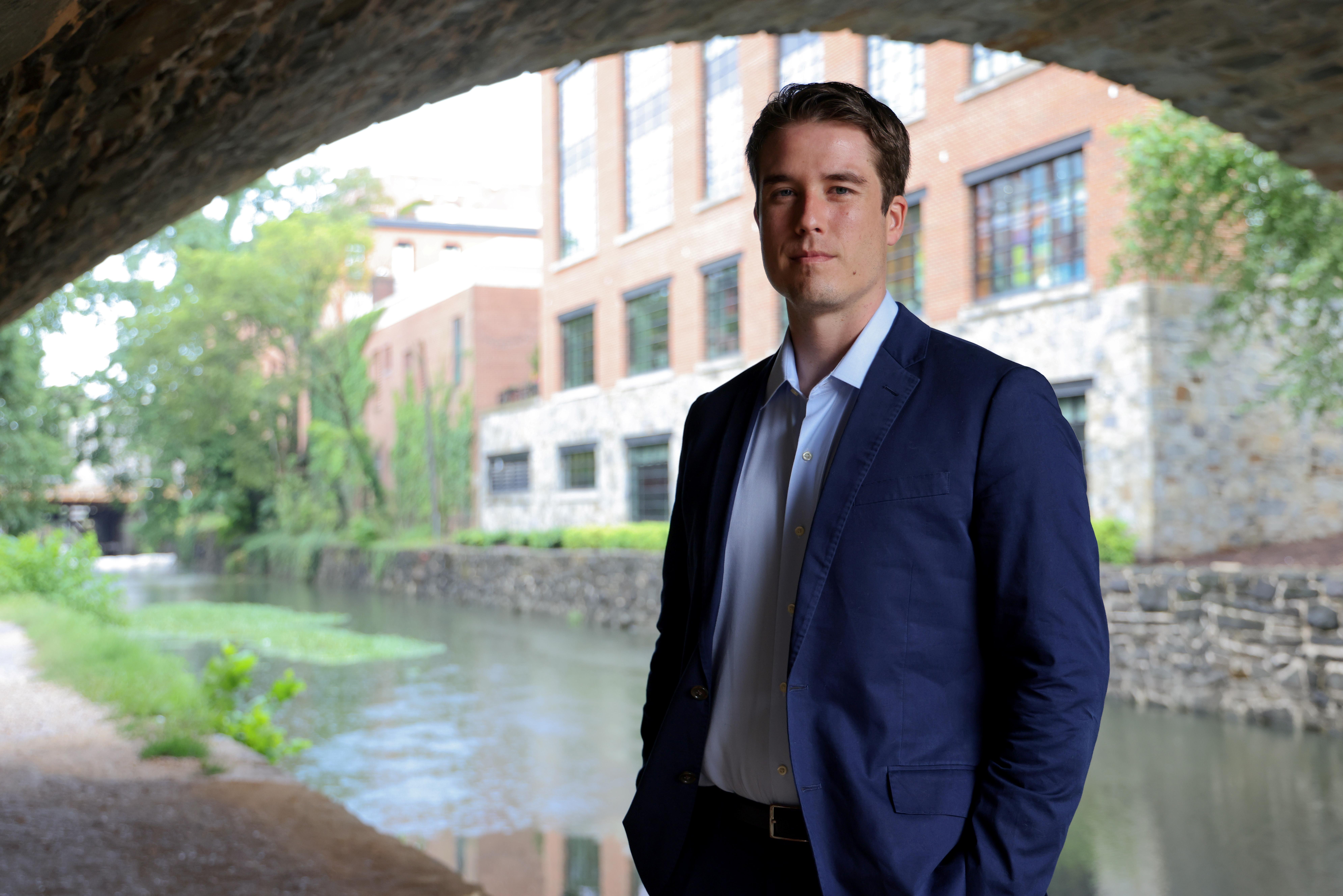 A MAJOR FORCE IN U.S. POLITICS

News of the entanglement could pose a fresh threat to the influence of Jerry Falwell, a towering figure in the U.S. evangelical political movement. His 2016 endorsement of Donald Trump helped the twice-divorced New Yorker win the Republican nomination for president.

Falwell, 58, took an indefinite leave of absence earlier this month from Liberty University, the Christian school he has run since 2007. The leave, announced in a terse statement from the school’s board of trustees, came days after Falwell posted, then deleted, an Instagram photo of himself with his pants unzipped, standing with his arm around a young woman whose pants were also partly undone. Falwell later told a local radio station that the picture was meant as a good-natured joke.

Becki Falwell, 53, is a political figure in her own right. She served on the advisory board of the group Women for Trump, which advocates for the president’s reelection campaign. She also spoke as part of a panel with her husband and Donald Trump Jr at last year’s Conservative Political Action Conference, or CPAC, the signature annual gathering of conservatives. Jerry Falwell and others refer to her as “the first lady of Liberty University.”

The university, based in Lynchburg, Virginia, was founded in 1971 by Falwell’s televangelist father, the Rev. Jerry Falwell. The younger Falwell took over in 2007. Today, the university boasts an online and on-campus enrollment that exceeds 100,000 students and holds those who attend to an exacting honor code. “Sexual relations outside of a biblically ordained marriage between a natural-born man and a natural-born woman are not permissible at Liberty University,” the code reads.

The material Granda showed Reuters includes screenshots from what Granda said was a FaceTime conversation he had with the Falwells in 2019. During that call, Granda said, Becki was naked as the two discussed their relationship while Jerry peeked from behind a door. Reuters was able to verify Granda’s description of the screenshots.

Granda also shared an audio recording that he says captures a conversation he had with the Falwells in 2018. In it, Becki complained about Granda describing his relationships with other people: “He’s like telling me every time he hooks up with people. Like I don’t have feelings or something.” Jerry then chimed in: “You’re going to make her jealous.” “I’m not trying to do that,” Granda replied.

Earlier texts show a friendly and romantic dynamic between Granda and Becki Falwell. One 2012 text message, which Granda said came from Becki, read in part: “Right now I am just missing you like crazy …. Have you had this effect on all of your lady friends?”

Other more recent text messages, such as an exchange from this June that Granda provided to Reuters, show Granda growing angry and frustrated as his relationship with the Falwells frayed.

“Since you’re okay with ruining my life, I am going to take the kamikaze route,” Granda wrote to Jerry Falwell. “It really is a shame because I wanted to reach a peaceful resolution and just move on with our lives but if conflict is what you want, then so be it.”

In the same message string, Falwell replied: “You should by now understand that I will not be extorted. I have always treated you fairly and been restrained in response to your threats because I did not wish to ruin your life. Going forward, stop contacting me and my family.”

Granda said that while he entered into the sexual relationship with the Falwells willingly, today he feels the couple preyed upon him. “Whether it was immaturity, naïveté, instability, or a combination thereof, it was this ‘mindset’ that the Falwells likely detected in deciding that I was the ideal target for their sexual escapades,” Granda said.

In a statement released Friday, before news of the relationship with Granda became public, Liberty University said its “decision whether or not to retain Falwell as president has not yet been made.” Its board of trustees, the statement read, “requested prayer and patience as they seek the Lord’s will and also seek additional information for assessment.”