When discounting ‘don’t knows’, a majorty of Italians and French believe that the UK will reap long-term benefits from leaving the European Union, a poll has indicated. There is concern in Brussels the EU’s attempt to show leaving the bloc offers no benefits has backfired. Brexiteers have long accused the EU of trying to punish Britain as a means of preventing other member-states from attempting to leave the bloc.

In another question, a huge number of respondents in Italy and France said they wanted to completely quit as members of the bloc.

The new Euronews-commissioned survey asked people in the EU’s founding members – Germany, Italy and France – on their attitudes towards the bloc.

The surveys were carried out on behalf of Euronews by Rudfield and Wilton, with sample sizes of 1,500 in each country.

A majority of Germans – nearly 60 percent – said the UK would not reap any long term benefits from leaving the European Union, according to the survey. 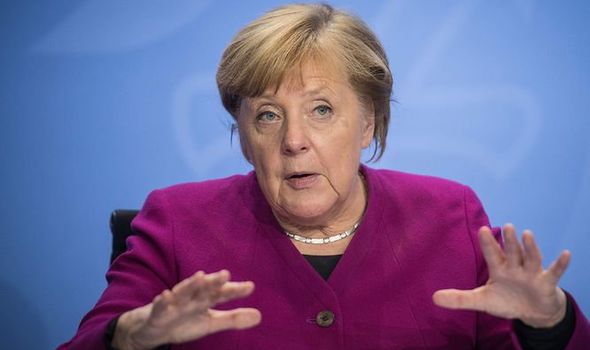 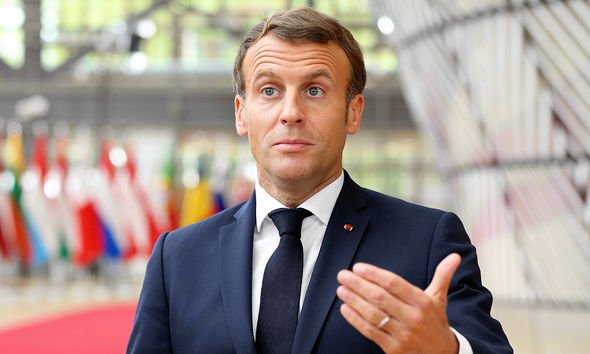 However, just 30 percent of French people surveyed thought the same, with four out of ten Italians and French claiming the UK will eventually flourish outside the bloc – a majority when ‘don’t know’ responses are removed.

Nearly half of Britons surveyed believe there will be long-term benefits from Brexit, signalling the deep divide that remains within the UK over leaving the EU.

To the alarm of Brussels, a majority of Italians did not want to stay in the union while only 52 were committed to the union in France.

Views about whether EU membership has had a positive or negative impact on their country were evenly split in Italy and France.

Approximately 35 percent of French and 34 percent of Italians suggest membership has had a negative impact on their country. 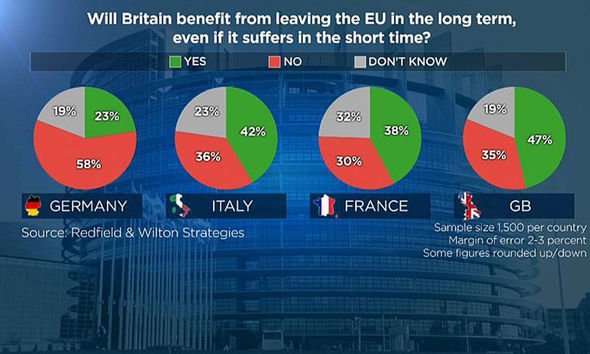 In Germany, the prevailing opinion, at 47 percent, was that being a member of the bloc has been beneficial.

This comes ahead of Boris Johnson’s crunch decision on whether the UK will continue with Brexit talks.

Last month, Mr Johnson set a deal deadline of 15 October, saying that if nothing had been agreed, both sides should “accept that and move on”. 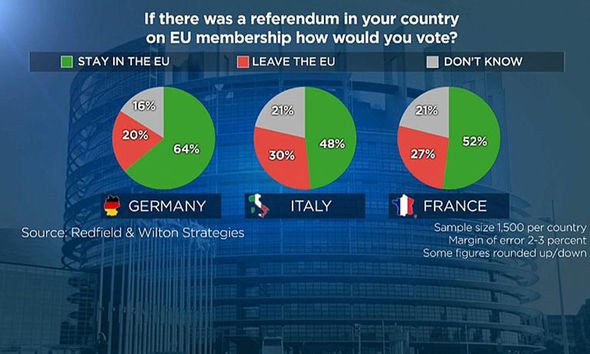 At an EU summit in Brussels on Thursday, European officials offered a further “two to three weeks” of talks.

Downing Street is understood to have reacted in dismay after Emmanuel Macron and other EU leaders warned Boris Johnson he must swallow the bloc’s conditions.

No10 took the EU’s tough line as a direct challenge to the Prime Minister’s threat to walk out on the talks.

The UK’s chief negotiator, David Frost, tweeted in response: “Surprised by suggestion that to get an agreement all future moves must come from UK. It’s an unusual approach to conducting a negotiation.”