The EU’s chief diplomat Josep Borrell, claimed the member states broke taboos by agreeing to the huge coronavirus rescue package in July. The journalist tweeted: “By the time the COVID-19 crisis is over, people in the EU will be ‘convinced’ of the need for ‘more Europe’, says EU’s chief diplomat Josep Borrell. “He thinks pandemic broke ‘taboos’ on common debt to finance grants to EU members — a ‘huge step’ to further European integration.”

Despite Mr Borrell’s claim, the coronavirus package was only agreed after one of the longest EU summits recorded.

The package, consisting of €390billion (£352billion) in grants and €360billion (£325billion) in repayable loans, was agreed by the EU 27 to help states recover from the pandemic.

However, the package was heavily criticised for the large makeup of non-repayable grants by states such as Holland, Austria, Denmark and Sweden.

In order to agree the package, the ‘Frugal Four’ states were awarded larger rebates. 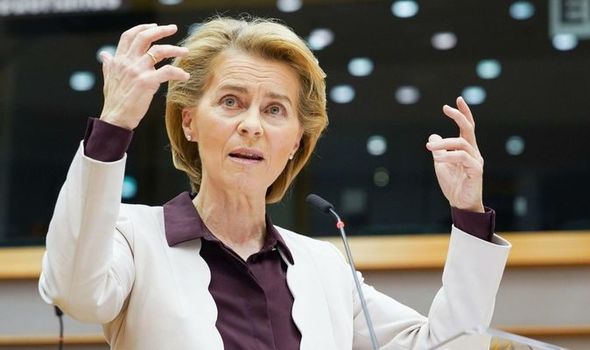 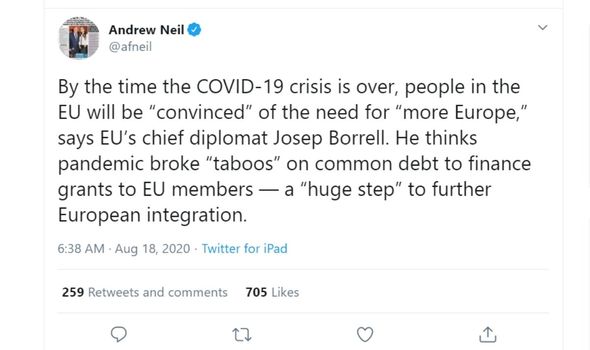 Although the budget must be ratified by the EU Parliament, the total financial outlay now stands at €1.82trillion (£1.6trillion) of the two packages.

An instrument used to save companies facing financial ruin – worth €26billion (£23.5billion) – was scrapped. 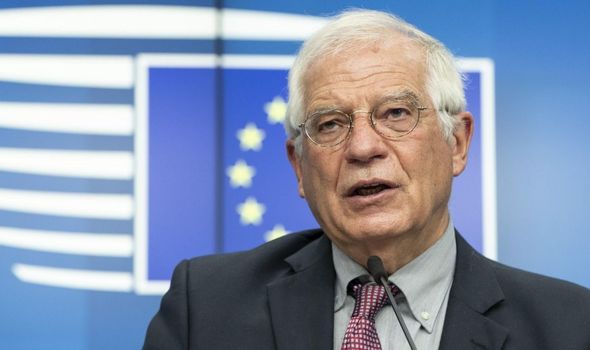 A top-up to the EU’s Horizon science programme was also radically reduced, while a fund to help lower-income countries reduce their carbon emissions was also dropped from €30billion to €10billion (£27billion to £9billion).

Both Poland and Hungary had threatened to veto the new package.

The two have been under rule of law proceedings and insisted they would block any packages if the money were linked to the ongoing action from the EU Parliament.

Under Article 7 of the Treaty of the European Union, the bloc can remove any member state that does not adhere to the bloc’s values. 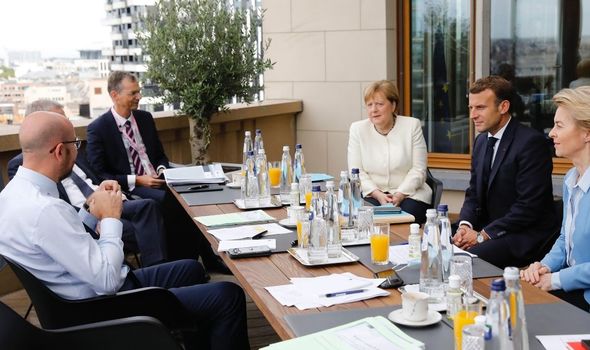 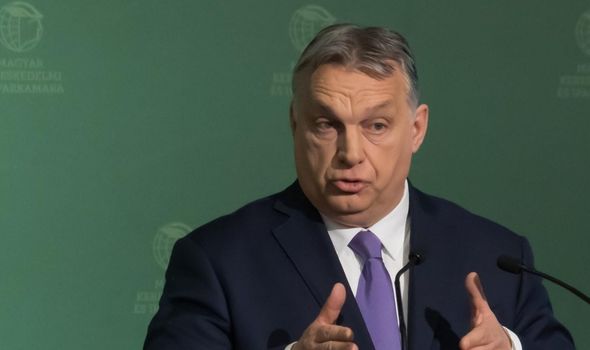 Poland’s Law and Justice party has been accused of implementing new legislation which infringes the independence of judges in the country.

Viktor Orban’s Fidesz party has also been accused of pushing anti-immigration proposals and of major corruption.

There had been speculation to link the new package towards these proceedings but the summit did not agree any specific mechanism to do this.

Many have accused current President, Alexander Lukashenko of rigging the vote and also using security forces to enforce a brutal regime.

Due to the outspread protests against the President following his election victory, the EU has imposed sanctions on Belarusian officials. 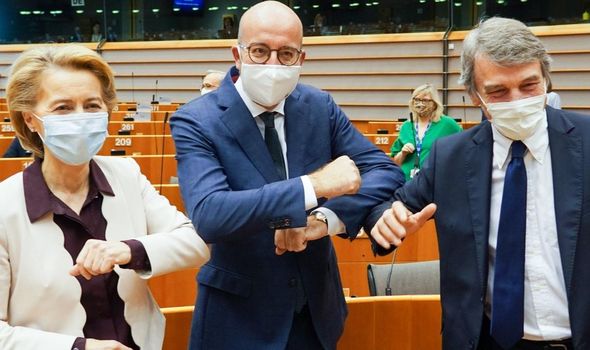 Mr Lukashenko was given 80 percent of the vote despite many claiming the election was rigged.

In the wake of the protest, EU President Charles Michel said: “The people of Belarus have the right to decide on their future and freely elect their leader.

“Violence against protesters is unacceptable and cannot be allowed.”