BBC Weather: Arctic air to interrupt heatwave ahead of Easter

But the move coincided with a mini heatwave and crowds flocked to outdoor areas, in some cases causing mayhem and leaving behind mountains of rubbish. Two parks in Nottingham have been shut by the council after huge crowds created “appalling” scenes earlier this week. There was fighting among a boozy young crowd and piles of debris to clear up. And parks in other towns and cities around the country were left strewn with discarded drink tins and cartons, food packets and broken bottles.

In London, mounds of empty beer cans and bottles were discarded on Primrose Hill and in Greenwich Park.

Nottingham City Council leader David Mellen said: “We regret having to take this action. None of this would be necessary if people took their own personal responsibility seriously, especially at a time when we need to be much more cautious in the way we behave and follow the gradual lifting of restrictions.”

With the Government’s roadmap out of lockdown on course, Communities Secretary Robert Jenrick called on people to stick to the rule-of-six and other social-distancing measures. He told ITV’s Good Morning Britain people should “exercise caution” and avoid “the most crowded places” if going out.

And emphasising that there was a lot to lose, he added: “The PM has said everything we have learned over the last year means there are no absolute guarantees, but there is no evidence today to suggest we are off track, that we won’t be able to move forwards with the road map and meet the targets we have set ourselves.” 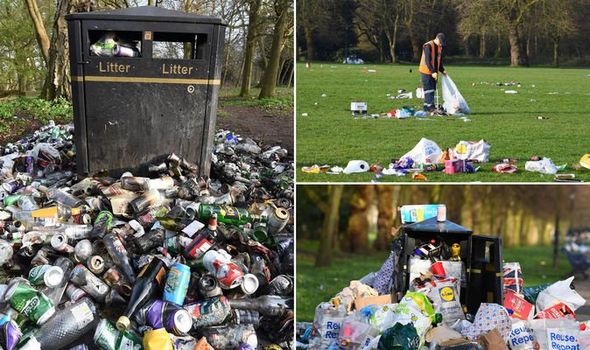 His comments came as there were 4,052 confirmed cases yesterday and another 43 fatalities – down 56 per cent on last Wednesday’s figures.

The UK’s vaccination drive also dished out more second doses (270,526) than first shots (224,590) for the first time since the mammoth operation was launched in December.

Yesterday was one of the hottest spring days on record. The Met Office said temperatures climbed to 75F (24C) in Weybourne, Norfolk – slightly lower than the day before and “not quite as high as the hottest March day in 1968, when the mercury hit 77F in Cambs.

However, high temperatures will come to an abrupt end tomorrow with a chance of snow showers in some parts over the Easter weekend. 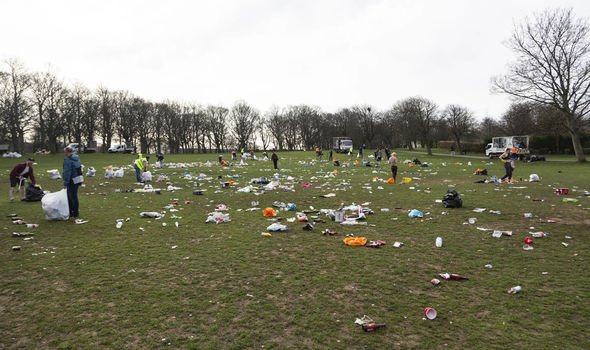 Meanwhile, Mr Jenrick also insisted the Government was “100 per cent confident” in the AstraZeneca’s Covid vaccine, despite the German government’s decision to limit the jab to people aged over 60 because of safety fears surrounding rare reports of brain blood clots.

He told Sky News: “We’re 100 per cent confident in the efficacy of the vaccine, that’s borne out by study after study, by our own independent worldclass regulators and by recent research, for example, by Public Health England.

“Thousands of lives have been saved since the start of this year alone thanks to our vaccine programme.

“People should continue to go forward, get the vaccine, I certainly will when my time comes. It is a safe vaccine.”