What had started as an effort to retrieve national security documents has now been transformed into one of the most challenging and complicated criminal investigations in recent memory. 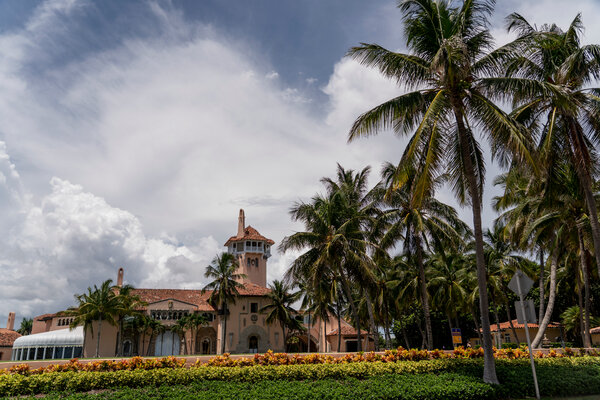 WASHINGTON — As Justice Department officials haggled for months this year with former President Donald J. Trump’s lawyers and aides over the return of government documents at his Florida home, federal prosecutors became convinced that they were not being told the whole truth.

That conclusion helped set in motion a decision that would amount to an unparalleled test of the Justice Department’s credibility in a deeply polarized political environment: to seek a search warrant to enter Mar-a-Lago and retrieve what prosecutors suspected would be highly classified materials, beyond the hundreds of pages that Mr. Trump had already returned.

By the government’s account, that gamble paid off, with F.B.I. agents carting off boxloads of sensitive material during the search three weeks ago, including some documents with top secret markings.

But the matter hardly ended there: What had started as an effort to retrieve national security documents has now been transformed into one of the most challenging, complicated and potentially explosive criminal investigations in recent memory, with tremendous implications for the Justice Department, Mr. Trump and public faith in government.

Attorney General Merrick B. Garland now faces the prospect of having to decide whether to file criminal charges against a former president and likely 2024 Republican candidate, a step without any historical parallel.

Remarkably, he may have to make this choice twice, depending on what evidence his investigators find in their separate, broad inquiry into Mr. Trump’s efforts to reverse the outcome of the 2020 election and his involvement with the Jan. 6 attack on the Capitol.

The department’s Jan. 6 investigation began as a manhunt for the rioters who attacked the Capitol. But last fall it expanded to include actions that occurred before the assault, such as the plan to submit slates of electors to Congress that falsely stated Mr. Trump had won in several key swing states.

This summer, prosecutors in the U.S. attorney’s office in Washington began to ask witnesses directly about any involvement by Mr. Trump and members of his inner circle, including the former White House chief of staff Mark Meadows, had in efforts to reverse his election loss.

For all his efforts to distance the department from politics, Mr. Garland cannot escape the political repercussions of his decisions. How he handles Mr. Trump will surely define his tenure.

It is still unclear how either case will play out. Prosecutors working on the investigation into Mr. Trump’s handling of classified information are nowhere near making a recommendation to Mr. Garland, according to people with knowledge of the inquiry. Court filings describe the work as continuing, with the possibility of more witness interviews and other investigative steps to come.

Numerous inquiries. Since former President Donald J. Trump left office, he has been facing several civil and criminal investigations into his business dealings and political activities. Here is a look at some notable cases:

Classified documents inquiry. The F.B.I. searched Mr. Trump’s Florida home as part of the Justice Department’s investigation into his handling of classified materials. The inquiry is focused on documents that Mr. Trump had brought with him to Mar-a-Lago, his private club and residence, when he left the White House.

Jan. 6 investigations. In a series of public hearings, the House select committee investigating the Jan. 6 attack laid out a comprehensive narrative of Mr. Trump’s efforts to overturn the 2020 election. This evidence could allow federal prosecutors, who are conducting a parallel criminal investigation, to indict Mr. Trump.

Georgia election interference case. Fani T. Willis, the Atlanta-area district attorney, has been leading a wide-ranging criminal investigation into the efforts of Mr. Trump and his allies to overturn his 2020 election loss in Georgia. This case could pose the most immediate legal peril for the former president and his associates.

New York State civil inquiry. Letitia James, the New York attorney general, has been conducting a civil investigation into Mr. Trump and his family business. The case is focused on whether Mr. Trump’s statements about the value of his assets were part of a pattern of fraud or were simply Trumpian showmanship.

Manhattan criminal case. Alvin L. Bragg, the Manhattan district attorney, has been investigating whether Mr. Trump or his family business intentionally submitted false property values to potential lenders. But the inquiry faded from view after signs emerged suggesting that Mr. Trump was unlikely to be indicted.

So far, Mr. Garland has signaled that he is comfortable with owning all of the decisions related to Mr. Trump. He has resisted calls to appoint a special counsel to deal with investigations into the former president. In his first speech to the department’s 115,000 employees last year, he expressed faith that together they could handle any case. “All of us are united by our commitment to the rule of law and to seeking equal justice under law,” he said.

Over the course of this year, as prosecutors sought to understand how sensitive government documents ended up at Mr. Trump’s Florida resort, they began to examine whether three laws had been broken: the Espionage Act, which outlaws the unauthorized retention or disclosure of national security information; a law prohibiting the mishandling of sensitive government records; and a law against obstructing a federal investigation.

By summertime, the investigation into Mr. Trump’s handling of classified information had started to yield compelling indications of possible intent to thwart the law, according to two people familiar with the work. While there was not necessarily ironclad evidence, witness interviews and other materials began to point to the possibility of deliberate attempts to mislead investigators. In addition to witness interviews, the Justice Department obtained security camera footage of various parts of Mar-a-Lago from the Trump Organization.