It is “impossible” to say when frontline NHS staff will get enough vital protective equipment in the fight against coronavirus, the health secretary has admitted.

Matt Hancock said work to make sure they have the items known as PPE is “now moving in the right direction” and “improving”.

He added “we won’t rest” until all health and care workers have got adequate supplies of kit like masks, gloves and aprons. 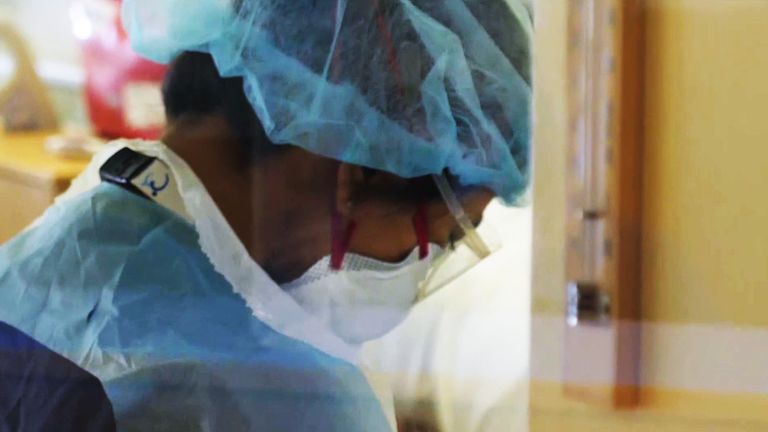 His comments come after the Royal College of Nursing told its members that as a last resort they should refuse to treat patients with COVID-19 if they aren’t given the right PPE.

Asked to name a date when all NHS staff would get the gear they need, Mr Hancock said at the daily Downing Street briefing: “It’s impossible. “Because the quest is to get the right PPE to the right people on the frontline at the right time across many millions of people across the NHS and social care.

“I’m glad to say that that effort is moving in the right direction… but until everybody gets the PPE that they need we won’t rest.

“We have thousands of people working on this 24/7 on this – including over this Bank Holiday weekend because the need and the demand for this PPE doesn’t stop.” 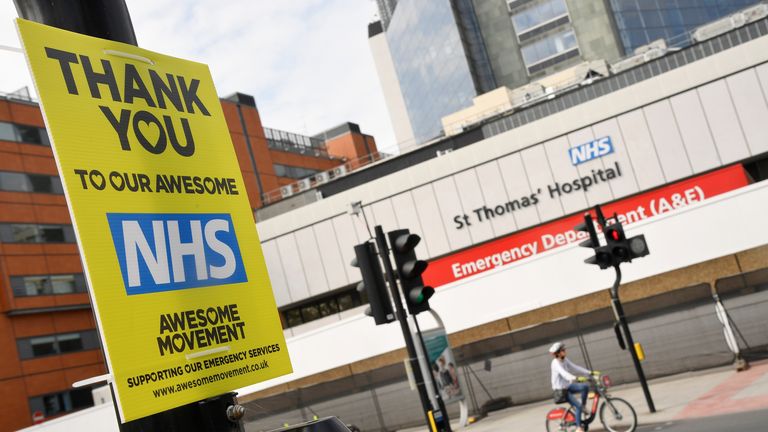 The number of people who have died with COVID-19 in UK hospitals has now topped 10,000.

Figures released by each of the four nations on Sunday showed England recorded 657 more deaths, Scotland 24, Wales 18 and Northern Ireland 11.

Among those who have died with coronavirus are 19 NHS staff, including a doctor who urged the prime minister several weeks ago to “urgently” boost PPE stocks because medics have a “human right like others to live in this world disease-free with our family and children”. Mr Hancock has come under pressure to explain why some healthcare workers say they still aren’t getting PPE, putting them and other patients could potentially spread the virus to at risk.

He confirmed: “We are looking into each circumstance to understand as much as possible how they caught the virus, whether that’s at work, outside of work, and making sure we learn as much as we possibly can and, therefore, of course protect our health workers as much as possible.”

He also said 121,000 gowns have been delivered around the country and more will be coming, adding that the average time to deal with PPE queries had gone down to two-and-a-half days in the past week.

The health secretary told the public that he knew the lockdown has been “extra tough” and people obeying it are “making a difference” but warned “we cannot be complacent… so please keep going”.

Senior ministers are due to review the lockdown and decide whether to extend or change it by next Thursday.

Prime Minister Boris Johnson has been released from hospital – a week to the day since he was taken to St Thomas’ in central London.

In his first public address since emerging from intensive care, he admitted his health “could have gone either way” and that there is “no question” the NHS saved his life.

Earlier, the business secretary refused to apologise to medics who are missing PPE.

Alok Sharma told Sky News’ Sophy Ridge on Sunday he was “sorry for the loss of any life during this pandemic” and admitted “we need to be doing even more” to distribute personal protective equipment – known as PPE.