Health Secretary Therese Coffey wants to tackle long delays for care. It will help relieve the pressure on overstretched hospitals in England by ensuring patients can be safely discharged either to their home or a care home. 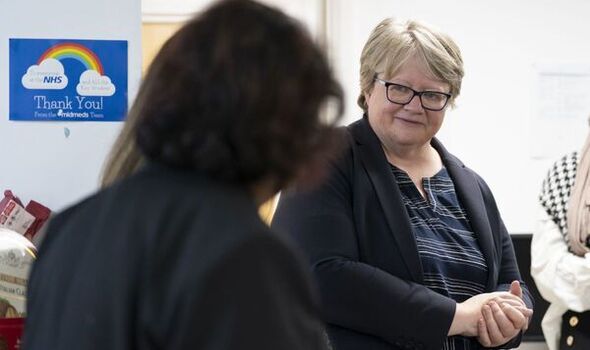 More than 13,000 of the 100,000 NHS general and acute hospital beds are filled with “delayed discharge” patients, which has led to A&E units becoming snarled up and long delays in ambulance handovers.

The £500million will go to care home operators and providers of domiciliary care services, which mainly help the frail elderly who live at home, with tasks such as eating, dressing and getting out of bed.

In her first speech since becoming Health Secretary, Ms Coffey told MPs: “This £500million acts as the down payment in the rebalancing of funding across health and social care as we develop our longer-term plan.”

The funding will come from the existing NHS budget. Ms Coffey promised the Commons she will have a “laser-like” focus on NHS problems as she set out plans for patients to see a GP within two weeks.

The Our Plan for Patients laid before Parliament means people will be able to see how well their GP practice performs compared with others, potentially allowing them to join a different one.

The Health Secretary said pharmacists, GP assistants and advanced nurse practitioners will all be used to ease the burden on GPs, while urgent cases should be seen on the same day.

Ms Coffey also pledged her commitment to the four-hour A&E target for people to be admitted, transferred or discharged. The target has not been met since 2015.

There have been four prime ministers in that time. Ms Coffey said in July she had endured a wait of nearly nine hours in A&E and still got no treatment. She added: “I was asked to go back the next day, so I went to a different hospital just three miles away and I was seen and treated appropriately. That’s the sort of variation we’re seeing across the NHS.”

On ambulances being stuck outside hospitals for hours because they are unable to hand over patients, she pledged “a laser-like focus on handover delays”.

She said 45 percent of ambulance handover delays are occurring in 15 NHS hospital trusts.

And she added: “The local NHS will be in intensive work with those trusts to create more capacity in hospitals, the equivalent of 7,000 more beds by this winter.”

The number of 999 and NHS 111 call handlers will also be increased to answer calls more quickly, she told MPs.

Ms Coffey also said the Government will be “exploring the creation of an ambulance auxiliary service”.

Helen Buckingham, of the Nuffield Trust think tank, said: “We are chronically short of GPs, with the number of GPs per person in England falling year after year. Targets don’t create any more doctors.”