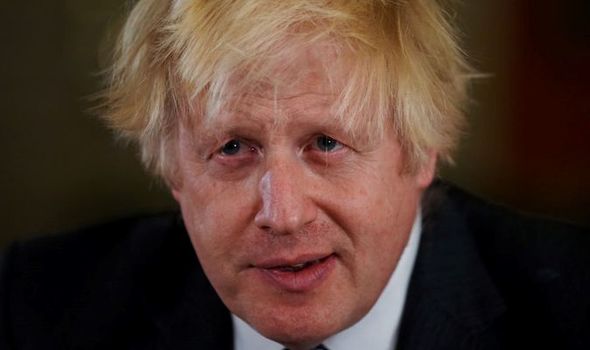 The Prime Minister was described as appearing “broken” and “close to tears” as he pleaded with MPs for their continued support, according to the Telegraph. It follows news that a cabal of rebel backbenchers had met secretly on Tuesday to coordinate no confidence letters – known as the “pork pie plot”.

Mr Johnson has been facing mounting pressure to resign following the “partygate” scandal.

There are reports of a growing number of MPs who have submitted or are planning on submitting letters of no confidence to the 1922 Committee. Seven have been confirmed so far.

Last Wednesday, the Prime Minister admitted to Parliament that he had attended a Downing Street social gathering in May 2020 while the country was still in its first lockdown.

He apologised and claimed that he had thought it to be a work meeting.

Government guidance at the time stated people could meet “where the gathering is essential for work purposes – but workers should try to minimise all meetings and other gatherings in the workplace”.

Downing Street was also forced to publicly apologise to the Queen after it emerged that a leaving drinks had been held in Number 10 the night before Prince Philip’s funeral last year, where the Queen was made to mourn alone due to Covid restrictions.

In an attempt to keep his own backbenchers on side, Mr Johnson has been described as using a “carrot and stick” approach – promising more money for Red Wall Tories’ constituencies if they remain loyal.

The Telegraph reports that Chancellor Rishi Sunak is meeting with MPs today to discuss “levelling up”.

This may either be an attempt to shore up Mr Johnson’s ailing leadership, or a bid to gain support for a potential leadership run.

The MPs say their anger towards Downing Street only worsened last night, when a Cabinet source described them as “nobodies”.

In the latest development, just ahead of today’s Prime Minister’s Questions, Christian Wakeford, MP for Bury South, defected to the Labour party over the scandal.

Tory backbenchers have said anger towards Downing Street’s actions had been boiling over, and that they had received countless messages from constituents expressing their ire.

In High Peak, Derbyshire, one constituency office was defaced with graffiti which read “LIES”.

Steven Swinford, political editor for the Times, said last night that some MPs who were party of the 2019 intake, which gave the Conservatives an 80-seat majority, are expected to submit letters following PMQs today.

Meanwhile, others are still awaiting Sue Gray’s report into the “partygate” allegations.

Nadine Dorries, the Culture Secretary, told the Times that “the people who are doing this are being disloyal to PM, the party, their constituents and to the wider country.”

She added: “The only reason their constituents voted for them is because Boris Johnson was standing as PM.

“Removing Boris Johnson will give us one thing: Keir Starmer as Prime Minister.”

Operation Red Meat – a plan by Mr Johnson’s inner circle to push out a series of popular policies in the coming weeks – had so far gone down “very badly” with MPs.