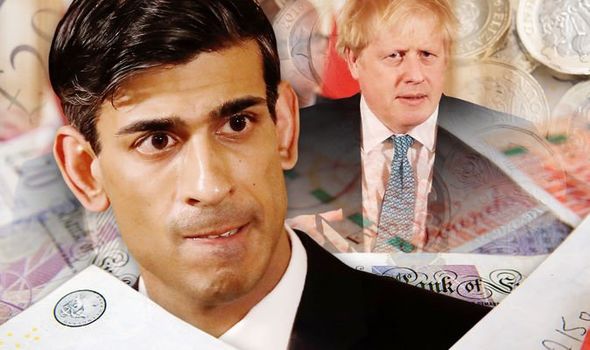 He also scrapped business rates for a year and promised cash grants for shops, pubs and other high-street outlets hit by the slump in customers following Government advice to stay at home along with three-month mortgage holidays for homeowners in need. Planning regulations are to be ripped up to allow pubs and restaurants to sell takeaway food.

Vowing to do “whatever it takes” to protect the economy, he said: “We have never, in peacetime, faced an economic fight like this one.”

He unveiled his colossal barrage of financial support – equivalent to 15 percent of the UK GDP – as Boris Johnson admitted the crisis demanded steps that are “unprecedented since World War Two.”

The Prime Minister indicated that further sweeping emergency measures will be announced in the coming days.

“We must act like any wartime government and do whatever it takes to support our economy,” the Prime Minister said. 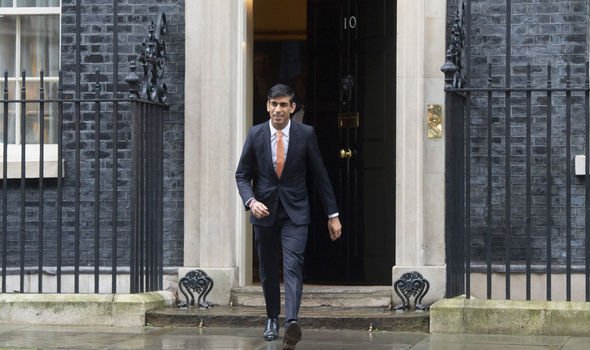 “I stress that although the measures announced are already extreme, we may well have to go further and faster in the coming days to protect lives and the NHS.”

He added: “This enemy can be deadly, but it is also beatable.”

Whitehall sources indicated the Government was considering closing schools and was preparing support for disadvantaged families whose children qualify for free school meals.

A Government source said: “We have never shied away from the fact there may come a point where we have to close schools.” 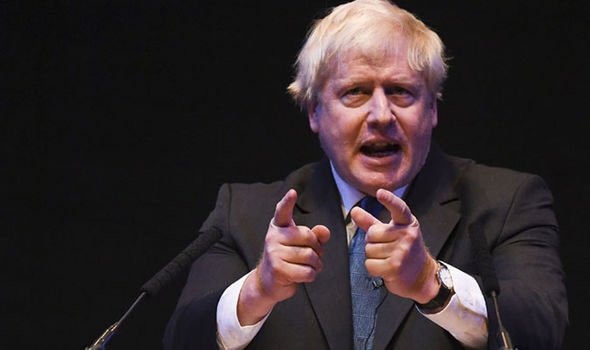 Mr Sunak announced his support package for business – which comes less than a week after his big spending emergency Budget – at a news conference alongside Mr Johnson in Downing Street last night.

The Chancellor said the country was facing both public health and economic emergencies.

“This struggle will not be overcome by a single package of measures, or isolated interventions.

“It will be won through a collective national effort. Every one of us, doing all we can to protect families, neighbours, friends, jobs.”

He admitted the scale of his package of state intervention would have been “unimaginable” just a few weeks ago.

“This is not a time for ideology and orthodoxy. This is a time to be bold. A time for courage.

“I want to reassure every British citizen, this government will give you all the tools you need to get through this.

::Keeping large firms afloat with a major new Bank of England scheme to help them bridge Coronavirus disruption to their cash flows through loans.

::Hiking the amount businesses can borrow through the Coronavirus Business Interruption Loan Scheme from £1.2million to £5million with six months of interest-free finance guaranteed by the Government.

::£20 billion of business rates support and grant funding to help the most-affected firms manage their cash flow during the peak of the crisis.

::A 100% business rate holiday for all retail, hospitality and leisure businesses in England over the next 12 months.

::Increasing grants to small businesses eligible for Small Business Rate Relief from £3,000 to £10,000.

::Providing further £25,000 grants to retail, hospitality and leisure businesses operating from smaller premises with a rateable value over £15,000 and below £51,000.

::An agreement with banks and building societies that they will support customers in financial difficulties as a result of the crisis with mortgage payment holidays of up to three months.

Mr Sunak also indicated he will assume emergency powers to allow him to take urgent financial measures in the coming weeks without the need for a parliamentary vote.

He made clear further drastic measures including a massive injection of cash to support the economy were in the pipeline.

Mr Sunak said: “Let no one doubt our resolve. When I said in the Budget that we will do everything we can to keep this country, and our people, healthy and financially secure – I meant it.

“The measures I have announced today are part of a comprehensive, coordinated and coherent response to what is a serious and evolving economic situation.

“These are only the first steps – I will set out the next stage of our response in the coming days.

“We have never faced an economic fight like this one. But we are well prepared. We will get through this.  And we will do whatever it takes.

Dr Adam Marshall, director-general of the British Chambers of Commerce, said: “Businesses will welcome the scale of the Government’s latest response, as well as the specific support it is offering to some of the worst-affected parts of our economy.

“These measures could be a lifeline for many businesses across the UK who are now experiencing wholesale disruption as a result of the pandemic.”

Jonathan Geldart, the director-general of the Institute of Directors, said: “The Chancellor’s promise to do whatever it takes is the message business leaders needed to hear.

“It’s now vital to make sure businesses are able to take up the pledges that have been made before too much damage is done.”