Political figures have described the government’s reported plan to rip up the Brexit withdrawal agreement as a “treacherous betrayal” enacted by “charlatans”.

Boris Johnson is planning new legislation that would override key parts of the agreement – the treaty that sealed Britain’s exit from the EU in January – in a move that could risk collapsing trade talks, the Financial Times (FT) has reported.

The prime minister is expected to say on Monday that ending the trade talks, should there be no agreement by a European Council meeting on 15 October, would still be a “good outcome for the UK”. 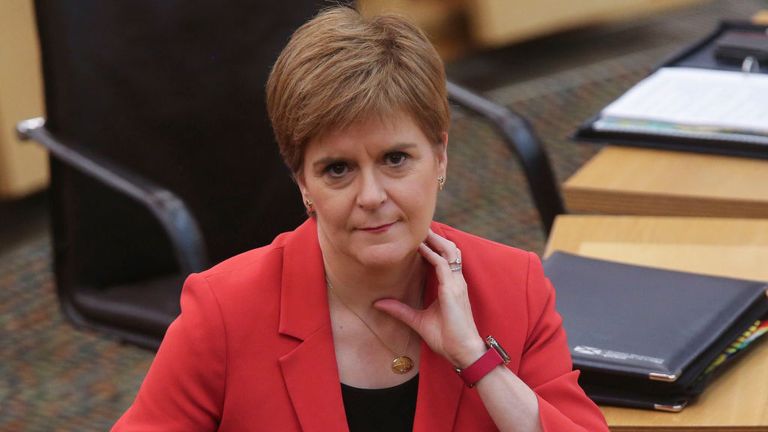 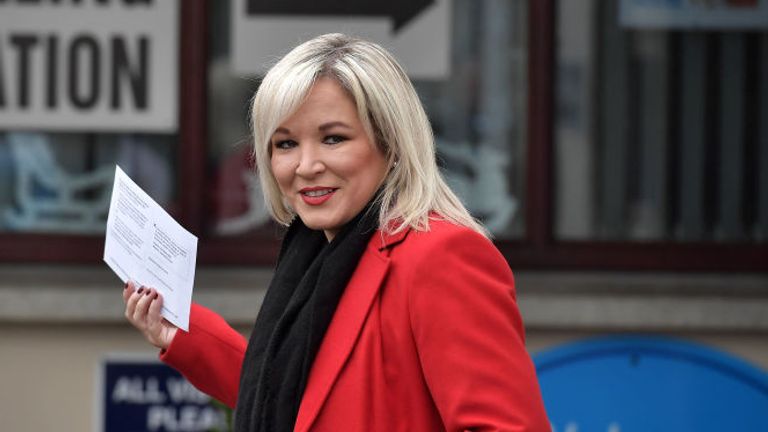 The pre-briefed words from Mr Johnson arrived as the FT reported sections of the Internal Market Bill, due to be published on Wednesday, are expected to “eliminate” the legal force of the Withdrawal Agreement in areas including state aid and Northern Ireland customs.

As part of the terms of the Northern Ireland Protocol, the region is expected to continue to follow some EU rules after the transition period ends in 2021 to ensure there is no hard border.

Northern Ireland deputy First Minister Michelle O’Neill tweeted that any threat of backtracking on the protocol would be a “treacherous betrayal which would inflict irreversible harm on the all-Ireland economy and the Good Friday Agreement”.

Ms O’Neill stressed the need for the protocol to be fully implemented as soon as possible and to “avoid any border in Ireland”.

Scottish First Minister Nicola Sturgeon said the move would constitute a repudiation by the government of a treaty “freely negotiated by it” and which was described as “oven ready” by Mr Johnson.

She tweeted this would “significantly increase” the likelihood of a no-deal Brexit, and the “resulting damage to the economy will be entirely Tory inflicted. What charlatans”.

SDLP leader Colum Eastwood said the government would be undermining the Good Friday Agreement, risking the future of the UK, and destroying its own credibility on the world stage if it proceeded with one of the most “reckless” acts concerning Ireland by a British government “in a long long time”.

Mr Eastwood told BBC Radio 4’s Westminster Hour: “It’s absolutely astonishing that any government who says they want to go and do trade deals around the world would just rip up an agreement that they made a few months ago with the European Union.

“And what they would be doing in that would be undermining the Good Friday Agreement, which is an agreement voted for by the vast majority of people on the island of Ireland, they’d be risking a hard border in our country and they’d be threatening the peace and security that we’ve built up over decades.

“It would be the most reckless act that a British government, and they’ve made many reckless acts in Ireland … in a long, long time and if they do this their international credibility I think would be shot to pieces.”

Mr Eastwood said he hoped the reported manoeuvrings by the government were “just posturing, because if they try to do this at the same time as trying to convince people in Scotland and Northern Ireland about the future of their Union, well they may as well forget about that as well, because people here will see this as a tremendous act of bad faith”.

“The Government has rightly criticised China and Russia for undermining the rules based order. This briefing sends a clear signal the UK no longer keeps its promises and diminishes us on the world stage.”

Shadow Northern Ireland secretary Louise Haigh said: “It beggars belief that the government is – yet again – playing a dangerous game in Northern Ireland and sacrificing our international standing at the altar of the prime minister’s incompetence.”

The suggested move, along with Mr Johnson’s comments about no deal, is likely to pile the pressure on as negotiators prepare to meet on Tuesday for another round of crunch talks in London.