BBC Newsnight political editor Nick Watt reported a “big buzz” among Tory MPs as the UK is heading towards a Brexit deal. European Commission president Ursula von der Leyen said the next few days would be “decisive” in the post-Brexit trade talks with the UK. Mrs von der Leyen indicated that fishing rights remained a major obstacle to a deal but suggested some progress had been made on the so-called “level playing field” issue, the measures aimed at preventing unfair competition between the UK and EU. 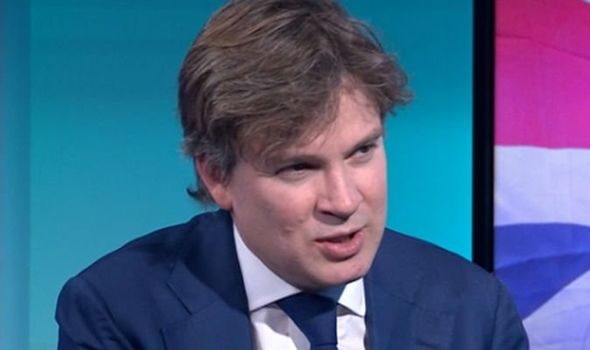 Mr Watt said: “This afternoon I reported there was a buzz among Conservative MPs that the UK is moving towards a deal with the EU.

“There is such a febrile atmosphere at the moment as my report led to a spike in the value of sterling.

“It is important that I did report nothing had been confirmed yet and these Conservative MPs are saying there is many a slip between cup and lip.

“But they have been put on notice for a possible announcement by Jacob Rees-Mogg who is the leader of the House of Commons.

“An announcement by him that the House of Commons could potentially sit on Monday or Tuesday next week to pass any possible legislation that would flow from that deal if we get one with the EU.

“You would get that announcement from Mr Rees-Mogg before any possible deal with the EU has been agreed.

“But if you do get that announcement that would be an important signal of the sense of direction on travel of the possible deal.”