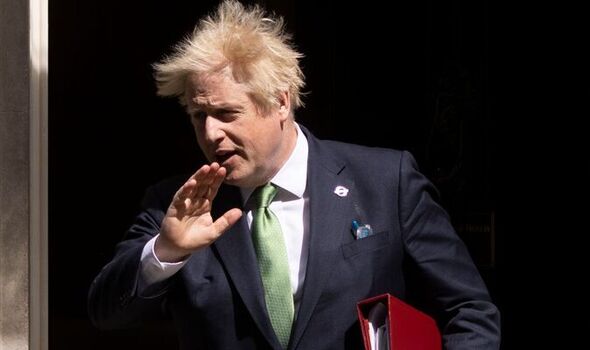 Sue Gray’s long-awaited Partygate report is finally set to be published this week and reports have suggested the document will feature photographs of illegal gatherings. Ms Gray is said to have handed more than 300 images to Scotland Yard from her investigation.

Mr Cummings claims that the photographs would show that the Prime Minister “obviously lied to the Commons and possibly to the cops”.

The release of Ms Gray’s reports comes as the deadline for Downing Street officials to object to being named in it has passed.

Referring to photographic evidence held by officials, Boris Johnson’s former chief adviser wrote in his latest blog: “One of the consequences is that I expect photos of the PM will emerge very quickly, within the next 24-48 hours.

“Any reasonable person looking at some of these photos will only be able to conclude that the PM obviously lied to the Commons, and possibly to the cops, and there is no reasonable story for how others were fined for event X but not him.”

Mr Cummings claims the PM was not fined by the police for attending certain events because the police did not investigate his attendance at those events.

It comes following reports that Scotland Yard only investigated Mr Johnson for six of the rules-breaking gatherings he attended – but it was unclear why.