Mr Cash challenged whether the UK is breaking international law or merely supporting their sovereignty. The Conservative MP also slammed the European Union’s double standards and listed a number of examples where EU states had flouted protocol.

Mr Cash said: “Could I perhaps mention to you that Chancellor Schmidt actually said in a debate we have breached applicable international treaty laws in multiple ways.

“Take Chancellor Schroder 1999 where we sent our war planes and bombed the state, a decision made by the council in violation of international law

“Or for example the manner in which Angela Merkel unilaterally suspended and tore up the Dublin regulation with respect to the Syria refugees. 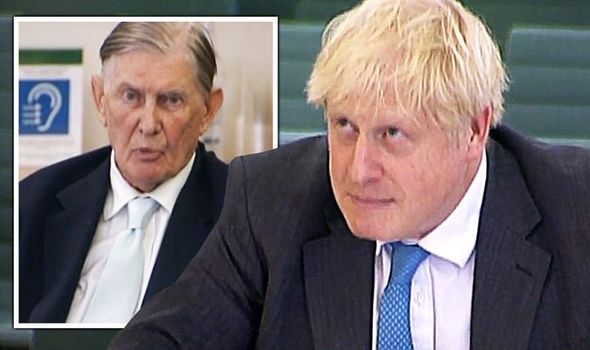 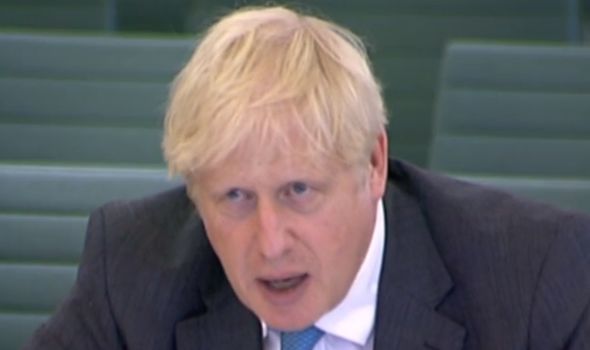 “Do you not agree that these examples demonstrate the fact  that there are some double standards going on here but in fact we are supporting our sovereignty but we are consistent with international law and the practise of other member states and the EU itself.”

Mr Johnson responded: “I don’t really want to repeat what I have said.

“I think this is really about us as a country being able to ensure that our friends and partners don’t do something unreasonable or extreme in terms of protocol.”

On Monday Boris Johnson also appeared to roll his eyes during a fierce clash in the House of Commons with Ed Miliband.

Mr Miliband criticised the Prime Minister and the UK Government for considering breaking “international law” during a House of Commons debate on the controversial Internal Market Bill tabled by the Government.

Critics of the Brexit legislation argue it undermines the UK’s standing on the world stage after an admission last week from Northern Ireland Secretary Brandon Lewis that it would break the law in a “specific and limited way”.

But the Prime Minister maintains the Bill is necessary in order to uphold the UK’s sovereignty.

During his statement in the House of Commons, the former Labour Party leader stated “I don’t know why he is rolling his eyes” in regards to Boris Johnson. 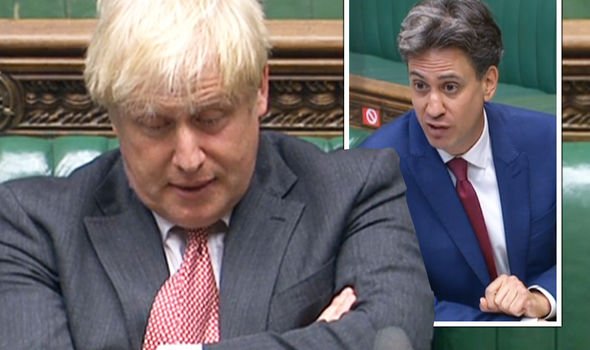 Mr Miliband said: “I say to the Prime Minister while I have been part of many issues of contention across this dispatch box, I never thought respecting international law would be in my lifetime a matter of disagreement.

“I stood opposite the Prime Minister’s predecessor, David Cameron as leader of the Opposition for five years.”

He then spotted Mr Johnson’s facial expression and said: “I don’t know why he is rolling his eyes.”

The Labour MP continued:”I disagree with him profoundly on many issues but I could never have imagined him coming along and saying we are going to legislate to break international law on an agreement we had signed  less than a year earlier as a country.

“That is what this Bill does in the Government’s own words.”