The Prime Minister vowed rapid action is being taken following the detection of the Brazilian version of Covid in the UK. But the alarming discovery will not slow his roadmap out of lockdown. Schools will reopen as planned next week, he insisted. Six cases of the P1 variant first detected in the Amazonian city of Manaus have now been confirmed here – three in England and three in Scotland.

Two have been tracked to South Gloucestershire, but the third English case has not been located.

It could be anywhere because the infected person failed to fill in personal details when they were tested, it was said.

The Royal Mail is being drafted in to help find the mystery individual.

Experts believe the Brazilian variant ­can avoid existing antibodies to some degree, potentially raising questions about the effectiveness of current jabs.

But Mr Johnson sought to reassure ­the public while on a visit to a school in Tunstall, Staffordshire, insisting ­the country should have confidence in the vaccines. 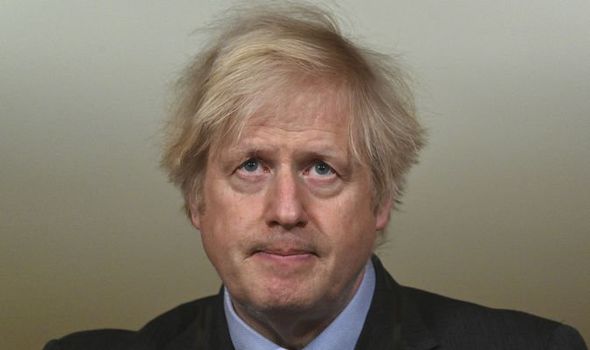 He said: “We have no ­reason not to think our ­vaccines are effective against these variants of concern. At the present time people should take that as some ­evidence of confidence.

“Public Health England are saying they don’t think there is a ­threat to the wider public but ­obviously we’re continuing to do everything we can to stop variants coming in ­
at our borders. What we are doing is embarking now on a journey, a one-way roadmap to ­freedom, and it is designedly cautious in order to be irreversible.

The PM was speaking during a visit to St Mary’s Primary School, ­in Tunstall, where he also defended ­border quarantine measures, saying they had been introduced “as fast as we could”. He added: “We have got one of the toughest ­border regimes anywhere in ­the world for stopping people coming ­into ­this country who may have variants ­of concern.”

He also said that schools reopening on March 8 was something “we have set our hearts on for a long time and I am confident we will be ready”.

Dr Susan Hopkins, strategic response director at Public Health England, said the mystery infected person was thought to have been tested on February 12 or 13, ­possibly via a home postal test or a test collected from a local authority.

She said they may not have completed their form ­completely and not received their results. It comes as an official report confirmed that teachers are no more likely to catch the virus than the general public.

The Office for National Statistics’ study of 120 schools in England at the start of the second wave found similar rates of Covid antibodies among staff and the public. About 14.6 percent of ­primary staff and 15.7 percent of secondary staff tested ­positive in the first week of December, against 18.2 percent in the wider community.

Researchers behind the study said it ­indicates that staff and students in schools are “not at a significantly higher risk of Covid-19” than the general population. 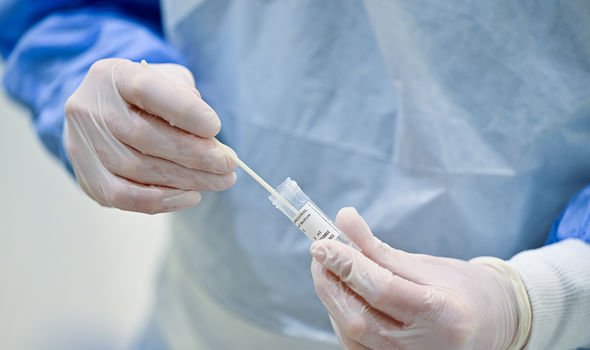 All schools in England are due to ­reopen next Monday after shutting in January. But teaching unions have demanded a phased return, warning there could be a “big bang” of infections when millions of pupils go back to the classroom.

Dr Shamez Ladhani, a consultant paediatrician at Public Health England and the study’s chief investigator, said the benefits of reopening schools on March 8 “far ­outweigh the risk” of Covid to teachers.

Dr Ladhani added: “Where we’re at ­now is really an amazing place to be for reopening schools in the right way.

“The country is in lockdown, infection rates are falling rapidly, community transmission is going to be very low when they [staff and pupils] go back to school.

“We’re in an environment where the risk of infection coming into schools is very low and at the same time testing is being done, which means every child being tested two to four times a week.”