(Reuters) – Democratic presidential front-runner Joe Biden said on Sunday he needed to start vetting possible running mates “in a matter of weeks” and that he discussed the pick with former President Barack Obama. 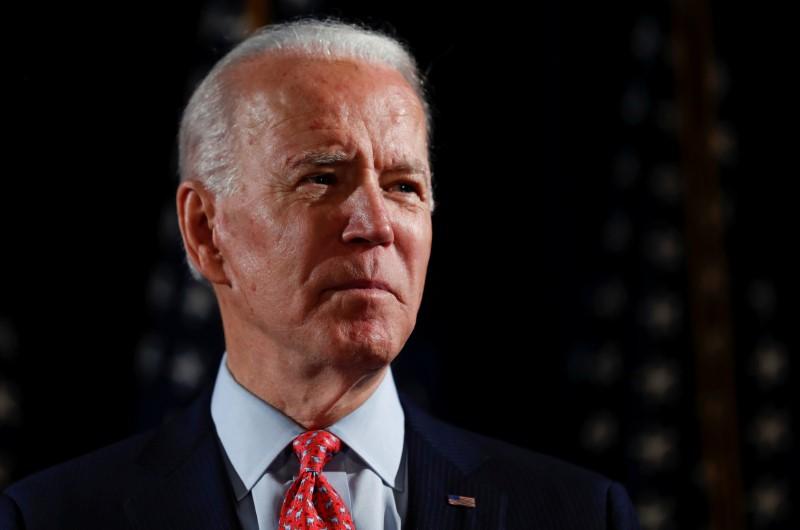 Biden’s vice presidential options will include at least six or seven women who will be subjected to background checks to ensure there will not “be any snafu,” he told donors at a fundraising event held by telephone.

“I have to start that vetting process relatively soon, meaning in a matter of weeks,” he said. “I think there will be a group that is in excess of six or seven people who I’ll look at.”

Biden said at a Democratic debate last week that he would pick a woman for the job, a qualification he reiterated on Sunday.

Biden also emphasized that the woman would have to agree with his fundamental view on policies, including healthcare, education and the need for expansive U.S. influence in the world. He said he shared that kind of common ground with Obama – whom he served as vice president – although they sometimes differed on tactics.

Above all, the person would need to be qualified to serve as president immediately.

“I’ve actually talked to Barack about this – the most important thing is that it has to be someone who, the day after they’re picked, is prepared to be president of the United States of America if something happened,” said Biden, 77.

Sidelined from campaigning in public because of the coronavirus crisis that has put nearly one in three Americans under orders to stay at home, Biden said he would start broadcasting on Monday morning from his home in Delaware.

Those briefings will give Biden a way to offer an alternative to the daily news conferences on the coronavirus held by Trump, whose disaster response Biden has criticized.

Biden added that the election should move forward as scheduled amid concerns the coronavirus may not be fully contained by November. A number of states have already pushed back presidential nominating contests because of the outbreak.

“The idea of postponing the electoral process seems to me out of the question.”