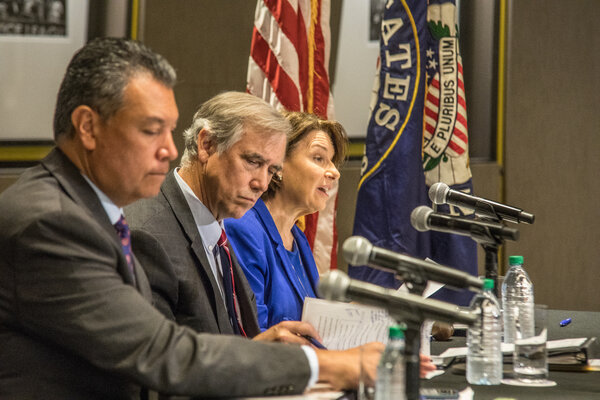 By Nicholas Fandos and Nick Corasaniti

President Biden and the top Democrats in Congress are expected to meet at the White House on Friday to discuss their party’s faltering efforts to pass major voting rights legislation, according to two congressional aides familiar with the plans.

Mr. Biden’s meeting with Speaker Nancy Pelosi of California and Senator Chuck Schumer of New York comes at a crucial moment, as activists are pushing the president to use his power and Democrats’ control of Congress to protect voting rights while they have the chance. Republican-led states have enacted at least 30 new laws containing a host of new restrictions on voting, and G.O.P. senators have blocked consideration of a Democratic bill that would impose sweeping new federal mandates aimed at overriding them.

Party leaders do not have many options to break through the gridlock. In June, Republicans successfully stalled Democrats’ marquee elections legislation, called the For the People Act, by filibustering it. Democrats’ hopes of changing Senate filibuster rules to bypass Republicans have flagged as a few holdouts within the party continue to oppose such a move. And their window for legislative action is narrow.