Home » Politics » Biden Banks on $3.6 Trillion Tax Hike on the Rich and Corporations

The White House is proposing substantial increases in personal income tax rates for those earning about a half-million dollars and higher tax rates on large corporations. 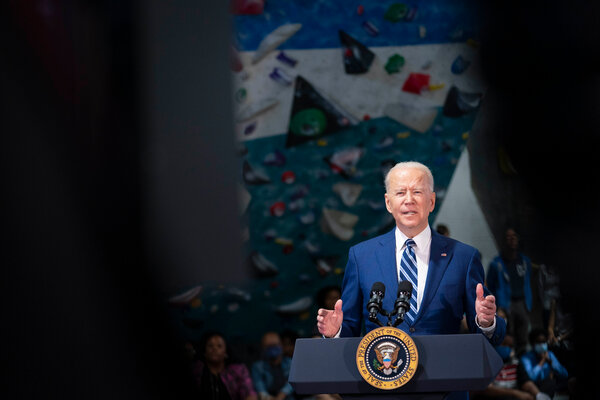 For the wealthiest taxpayers, the proposals would mean higher taxes on their income, the sale of their investments and the transfer of their assets when they die. Starting at the end of 2021, the top individual income tax rate would rise to 39.6 percent from 37 percent, reversing the Trump administration’s tax cuts for the highest income taxpayers. The new rate would apply to income over $509,300 for married couples filing jointly and $452,700 unmarried individuals.

Taxes on capital gains — the proceeds of selling an asset like a stock or a boat — for people earning more than $1 million would be taxed as ordinary income, effectively increasing the rate wealthy individuals pay on that money to 39.6 percent from 20 percent.

Because capital gains income would also still be subject to a 3.8 percent surtax that helps fund the Affordable Care Act, the conservative Tax Foundation estimated that high-earning taxpayers in some states could face tax rates on their capital gains that are above 50 percent, the highest such tax burden in a century.

Corporations would also face a higher income tax rate, 28 percent from the existing 21 percent, as well as a crackdown on profit shifting and the end of tax breaks for energy companies that pollute the environment. A beefed up Internal Revenue Service would be standing watch to ensure that the federal government can afford to chase rich tax cheats.

The tax increases, which by some estimates are the largest in modern history, would be offset by $1.2 trillion of new tax credits and benefits to encourage development of green energy technology and to expand access to low-income housing and child care. The proposals were the most detailed look to date at how the Biden administration would pay for its $4 trillion jobs and infrastructure plans.