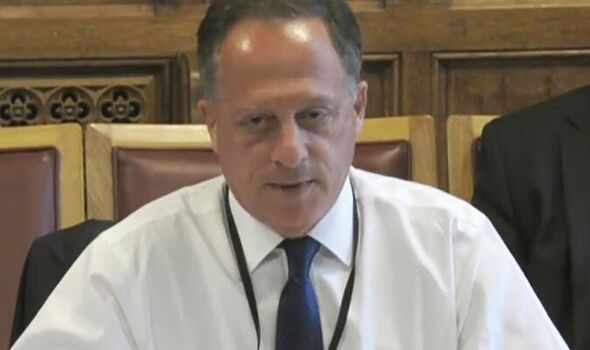 Appearing in front of a parliamentary committee this afternoon, BBC Chairman Richard Sharp said he was willing to take “a blank sheet of paper” when exploring future funding models.

It comes after Culture Secretary Nadine Dorries expressed her desire to scrap the licence fee model earlier this year.

Speaking to the House of Lords’s digital and communications committee alongside BBC director-general Tim Davie, Mr Sharp said: “The board hasn’t ruled out anything. We’re taking a blank sheet of paper.

“We’ve been charged with the fact the BBC faces an existential question and the board has to take very seriously that charge, to look at all options without preconceptions.

“The fact we understand the value of public service broadcasting informs that, but it doesn’t rule out certain mechanisms, or adjustments we might need to make, or changes.”

However, he warned the Government against scrapping the BBC licence fee for a new funding model without considering the consequences of doing so.

The former banker warned that any changes to the current model must be made after considering the full impact.

Mr Sharp suggested alternative funding models may have a negative impact on the role of the BBC as a public service broadcaster.

“Change has to be thought through,” he said.

“Particularly if it’s a fundamental change in terms of the financial position, in terms of the strategy, in order to make sure it doesn’t have the unintended consequences of diminishing the public service delivery.”