Prime Minister Boris Johnson was answering a question from Sky News Deputy Political Editor Sam Coates who asked if the new Indian variant affected the Government’s four tests for moving on in the roadmap. Mr Coates questioned how the Government managed to pass the fourth test which looked at “variants of concern not changing assessment” to which both Mr Johnson and Chris Whitty gave answers. But BBC One viewers were furious when they were told to tune into BBC News to watch the rest of the press conference as the prime minister’s full answer was not broadcast in favour of a FA Cup advert.

One Twitter user wrote: “BBC One you’ve just cut the Prime Minister off for those elderly people who can’t just navigate to BBC News.”

Another added: “You got to love the power of the BBC One, we have to keep our BBC One schedule, cut Boris now mid-sentence.”

Another added: “What the hell BBC One. Why would you stop halfway through the conference! Missed Boris bumbling his way through a question he clearly is struggling to answer.”

Read More: Over 50s to get second doses sooner over Indian variant fears 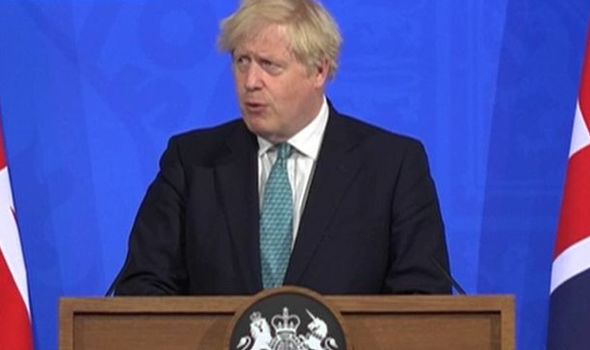 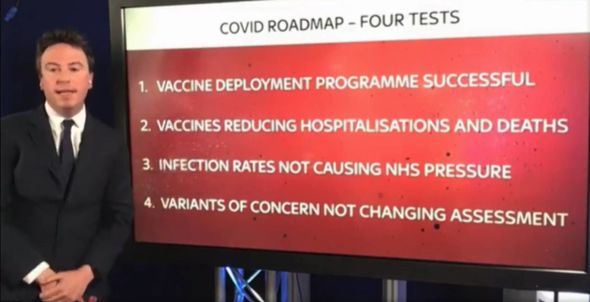 Mr Coates was invited to ask the prime minister a question at the Downing Street briefing and asked how the Indian variant of concern passes the government’s fourth test.

He also asked whether it was an argument for local lockdowns considering that while variants of concerns like the Indian variant may not have a national impact yet, it is still prevalent and spreading in localised areas in the northwest.

The deputy political editor concluded his long question by asking Chief Scientific Advisor Patrick Vallance, who was not present at the time, whether in retrospect the Government should have closed borders sooner considering there were 122 passengers flying in from India who were infected with the variant.

The question was responded with an equally long answer but viewers of BBC One were denied the full response after a voice was heard telling viewers to turn to BBC News instead as the channel then showed an advert for the FA Cup and moved on with its scheduling. 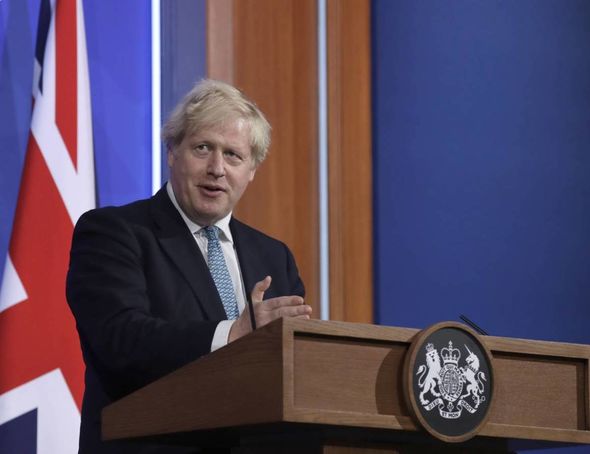 Many viewers were angry as they indicated elderly people may not have access to the BBC News channel and were prevented from listening in.

Others brought up the fact different broadcasters have delays in showing programmes meaning switching to another channel may mean they miss the section entirely.

In his response, Mr Johnson told Mr Coates the border decision was made because at the time India had not been identified as being a region that had a variant of concern.

Travel between South Africa was banned for that reason as a new variant was identified there.

DON’T MISS:
Vaccine rolled out for over-18s in UK – panic rises for Indian variant [INSIGHT]
Covid vaccine side effects: Mixing jabs increases adverse reactions [DATA]
Should you get a Covid vaccine if you took part in a clinical trial? [ANALYSIS] 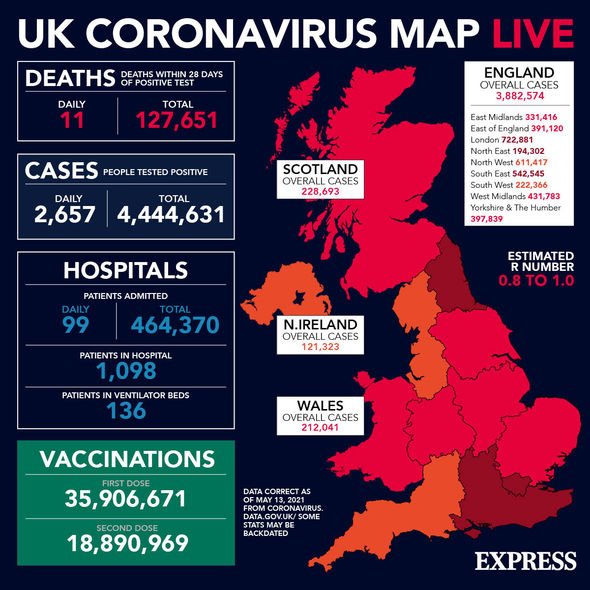 Mr Johnson also added that anyone travelling in from India was still subject to quarantine and locater forms meaning there were cases picked up at the border that was dealt with.

It was then the BBC chose to cut off the prime minister as he was about to answer Mr Coates main question about variants of concerns not affecting assessments.

The prime minister explained the Indian variant was not causing a significant rise in hospitalizations with evidence so far suggesting vaccines are still effective against it.

He added numbers across the country remain “quite low and quite flat” so the Government would not be changing the assessment.

Mr Johnson also said it was right for the public to know about the concerns surrounding the Indian variant which he announced could change the end date of full lockdown restrictions.

Earlier in the press conference, it was revealed the Government will shorten the time between vaccinations to protect those most vulnerable against new variants.