Home » Education » Portable loos and PPE: Teachers on the return to school

Many teachers are preparing to welcome pupils back to school this week for the first time in months.

Schools in Scotland, Northern Ireland and other parts of the UK are already open. But for many pupils in England, it will be the first time they have been in a classroom since March.

We spoke to teachers about what’s changed, and how they are feeling about schools reopening. 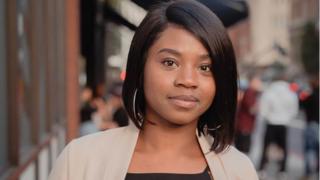 Teacher Kemi Oloyede has thought a lot about how safe she feels returning to work. She works in a pupil referral unit, with secondary students who have been excluded from school. When she welcomes her mixed ability class of eight pupils back this week, the 28-year-old says she will be working mainly from her desk.

“I won’t lie to you, I probably will be wearing a mask in the building and wearing gloves as well. I’m trying to be as safe as safe as I can be.”

The Londoner lives with her parents who are classed as being at risk, and this has impacted how she feels about her return to work.

“I am ready to go back to work because the students have missed out on a lot due to schools closing down back in March. But mentally, because of the anxiety, maybe not so much,” she says.

For Ms Oloyede, knowing that there is an increased risk that black Britons could die from coronavirus is a worry.

“I am black, my parents are black and I don’t want to put them at risk if they are already at risk. I don’t want to bring anything home. My mum is working from home so she doesn’t have to be in contact with people on a daily basis. But as a teacher, we have to be in contact with our students so that has added to my level of anxiety. I’m just hoping and praying everything will be fine.

She says she feels supported by her school, which is supplying protective equipment.

“I have to work and the students have to learn.”

‘Remote learning was a huge success’

Geography teacher Tom Clark say it’s normal for teachers to feel butterflies before the start of a new term. But this one feels different.

The 48-year-old works at Birkdale School in Sheffield, a private school for boys. It has set up bubbles – closed groups of pupils – and a one-way system. It is asking pupils to wear face coverings when in corridors and communal areas, and on school buses.

Soon after lockdown started in March, he and his colleagues were given “intensive training” in remote classroom software and online teaching.

“It was a huge success,” he explains. “So much so that when the government announced in mid-June that certain year groups could go back to school, we decided that not to do that, because it was going to be more disruptive than the online learning that was happening from home.

Mr Clark says the experience will help his school react to any new lockdown this winter.

“If we have to suddenly close down bubbles within the school, we can just revert back to Google Classroom. The idea of doing online learning would have filled me with terror eight months ago but it has become part and parcel of my daily life.”

“I had one student who could only be on the laptop on certain days because they’ve got three other siblings in the house.

“One is a university student, another is an A-level student, and so they’re bottom of the list because they’re in Year 9, and it’s really difficult to expect them to complete the work online with a potentially poor internet connection,” she explains.

Ms Kline, 27, qualified as a science teacher last year, and describes the past year as a “huge shock to the system”.

“I worked hard and got used to it, and then March came – and everything I had been building to got thrown out of the window because there was a whole new way of learning.”

During lockdown, she sent work out to year groups once or twice a week, and there were also weekly live lessons online which she found a challenge.

“When the children are not directly in front of you, it’s just not the same. You can’t see who understands what you’re saying and who needs a bit of assistance.

“There are some students I know will be far behind compared to where they should be and I can’t see, with the pressures that teachers will now be under, how anyone can make up that lost time; especially for the GCSE students. They will be falling into those lower ability groups where they wouldn’t necessarily need to be.

“Children have really sensitive morale so once you’ve moved them down it is really difficult to get them re-engaged to push them back up to where they really deserve to be.”

‘The budget is stretched’

Since March the school has only been closed for two weeks – it ran a holiday club over the holidays – and Mr Batstone says his budget is increasingly stretched.

“The longer this goes on without any additional funding, the harder it is going to be” says the 49-year-old.

As well as standard measures such as regular cleaning and hand sanitising, the school is allowing staff and pupils to wear whatever PPE they want in order to feel safe.

“We’re a school that’s based on a pupils taking responsibility for themselves in their own actions, but now everything except going to the toilet is supervised and closely monitored,” he says.

That said, toilets have been an issue, according to Mr Batstone. The school’s existing ones are small and the school is operating a one-in, one-out policy so new, temporary portable toilets have been brought in so that every year group has their own.

“Year 6 at the end of last term had the poshest toilets going – they had wedding toilets that piped music on to the playground,” he says.

Now that the practical measures are in place, Mr Batstone says the school’s main focus will be about helping the children learn to look after themselves without becoming frightened of each other.

“I think one of the mental impacts [of the pandemic will be] making sure children are not scared of other human beings because that could be a long-term effect the longer this goes on.”