My father, Peter Naylor, who has died aged 87 from complications arising from dementia, was well known throughout physics further education circles in south-west England during the 1970s, 80s and 90s.

Born in Leigh, then part of Lancashire, Peter was the son of Ernest, an engineer, and Eunice (nee Nicholson), a primary school teacher. From 1941 to 1945, the family lived in Karachi, where Peter attended the local grammar school, while his father trained engineers at munitions factories throughout pre-partitiion India.

Returning to Leigh, Peter completed A-levels, then studied physics at the Liverpool University (1951-54), developing lifelong interests in cricket (he was a club leg-spinner into his 40s and also umpired and coached), astronomy and photography.

After employment at Leigh Cableworks and marriage in 1957 to my mother, May (nee Farrimond), whom he met at the local youth club, Peter joined Wigan Technical College in 1958 as a physics lecturer. 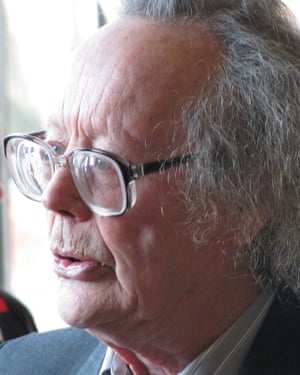 In 1963, the family moved south for Peter to take up a post at Swindon College, Wiltshire, where he remain until retirement in 1997. Despite his diminutive stature, Peter’s energy and wit ensured near-legendary status across decades of A-level, HNC and HND physics students.

In 1969 Peter was among the Open University’s first cohort of science access lecturers and summer school tutors, later teaching relativity for the OU. He earned a reputation for enabling students to realise their full potential.

Peter keenly observed and incorporated others’ teaching styles, but the theatrical aspects of his lessons, delivered in a Lancashire accent, were his own. There were meticulous coloured chalk diagrams and patient explanations – he always gave time to people who showed a desire to learn.

In 1976, Peter was Swindon College’s founding Easter public lecturer, delivering a talk to an audience of 500 on gyroscopes, featuring models commissioned from the engineering department.

Peter is survived by his sons, Howard and me, and his grandchildren, Will and Lois.