RIVERSIDE, Calif. (Reuters) – The potential loss of his life’s work has kept Vince Bernard up at night, worried about whether he would be able to save his citrus farm.

At Bernard Ranches in Riverside, California, the citrus grower saw more than 3,000 boxes of oranges rot when the coronavirus pandemic forced schools and restaurants to close in March. That loss translated into $36,000.

“Lemon sales went from 40, 50 boxes a week to zero. And it was looking increasingly bad,” said Bernard.

Bernard’s worst fears, however, were that his trees would die if he were not able to pay a hefty monthly water bill of $7,000.

“I had nightmares of that,” Bernard said.

The 68-year-old Bernard soon realized he had to knock on doors to avoid losing his crop of Valencia oranges.

Fighting back tears, Bernard recounted how he went to his old customers and said he would be glad to sell anything at cost, half price or less to stay in business. “I told them … I’m desperate to keep my life’s work going.”

Bernard started selling fruit in 1984. Besides distributing to local restaurants, hotels and schools, Bernard has been relying on The Fruitguys, an online business that delivers farm-fresh fruit to offices and homes nationwide.

With the farming industry suffering across the country due to the pandemic, The Fruitguys have lost 90% of their business.

When Chris Mittelstaedt, founder of The Fruitguys, learned about Bernard’s dire situation, he offered an alternative.

“If I could get 20 weeks in a row of eight hundred bags of oranges sold for him, then that gets him closer to being able to save his ranch,” said Mittelstaedt.

Cesar Pascual and his family have worked at Bernard Ranches for 23 years. Pascual says watching Bernard’s suffering has not been easy. 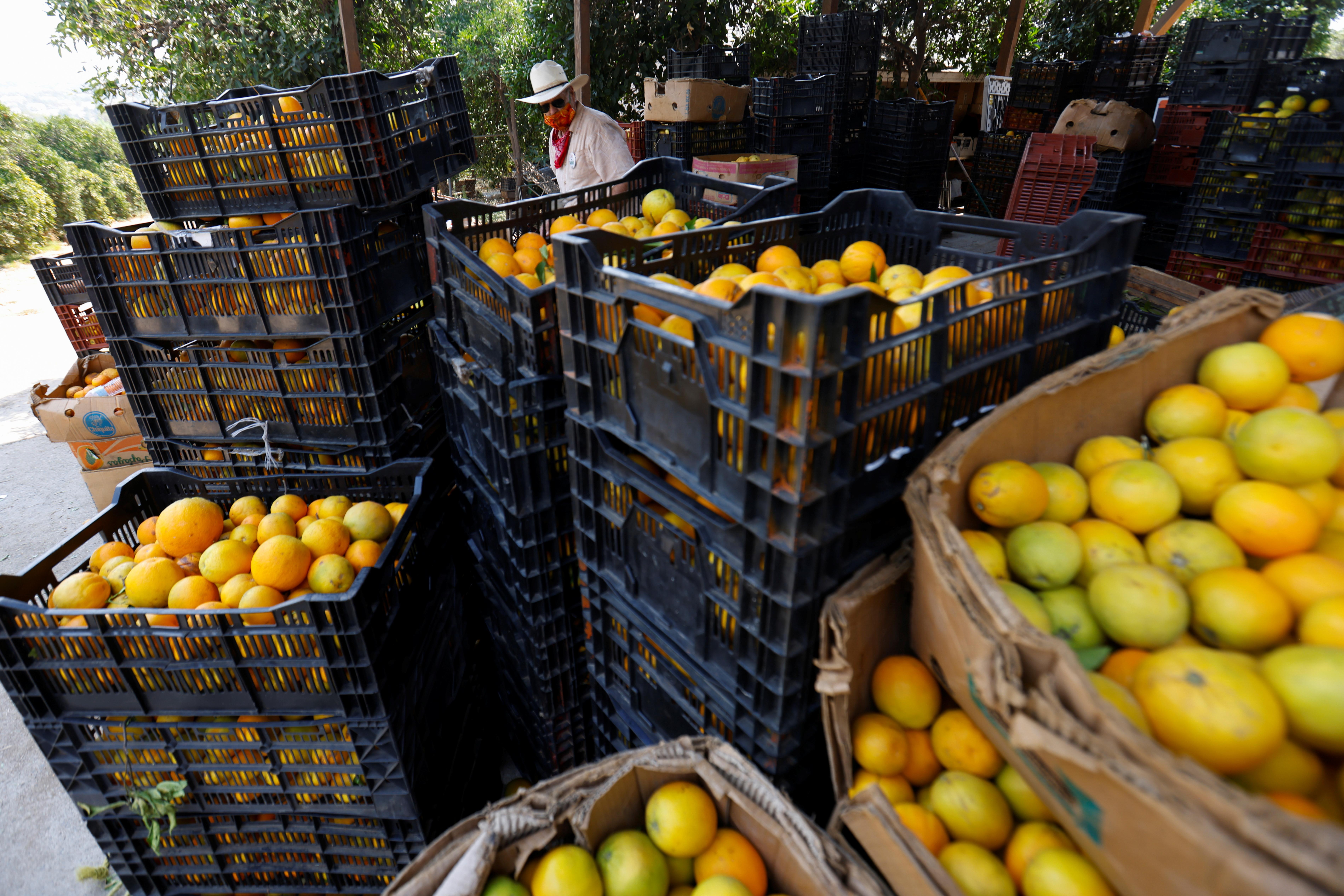 “He has made a tremendous effort in looking for ways to sell the product,” Pascual said.

For Bernard, he hopes to survive the pandemic and pass on his beloved trees to his grandchildren.

“I’m hopeful … we’ll keep going,” said Bernard. “Southern California groves, there’s not very many of them left, period. I’ll give this to the kids and it’ll continue.”