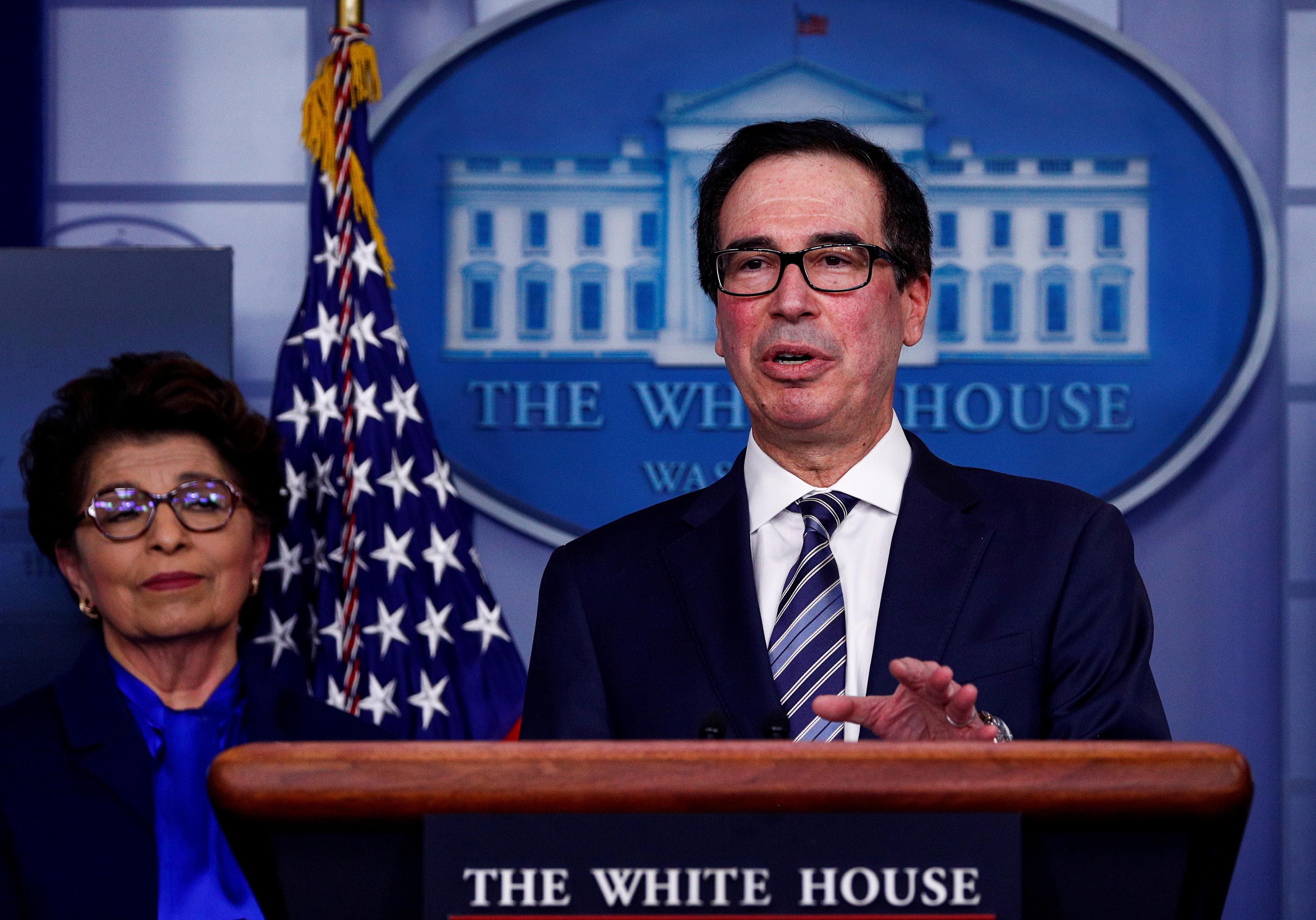 WASHINGTON (Reuters) – U.S. Treasury Secretary Steven Mnuchin said on Thursday that aid for airlines will be the “next big thing” to be rolled out after the Federal Reserve announced new lending backstops for smaller and midsize companies and municipal bonds.

Mnuchin, speaking on CNBC, said he will update President Donald Trump on negotiations with airlines on Thursday afternoon.

“We hope to get to a lot of the airlines starting tomorrow and over the weekend with preliminary information,” Mnuchin said. “And it is our objective to make sure, as I’ve said, this is not a bailout, but that airlines have the liquidity to keep their workers in place. So that’s the next big thing we’ll be rolling out.”

Mnuchin, who on Tuesday asked Congress for another $250 billion to supplement the $350 billion forgivable payroll loan program for small businesses launched last week, pushed back against congressional Democrats’ demands for more direct funding for hospitals and local governments as part of that request.

He said Congress should approve the additional small business funds first and address other needs in the next phase of broader coronavirus rescue legislation.

“We need more money for small business. The president has been very clear,” Mnuchin said. “He’d be happy to talk about other issues such as hospitals and states in the next bill. But we wanted to go and get money for the small business program, which again has enormous bipartisan support.”