WASHINGTON (Reuters) – U.S. employment growth likely slowed significantly in July amid a resurgence in new COVID-19 infections, which would provide the clearest evidence yet that the economy’s recovery from the recession caused by the pandemic was faltering. 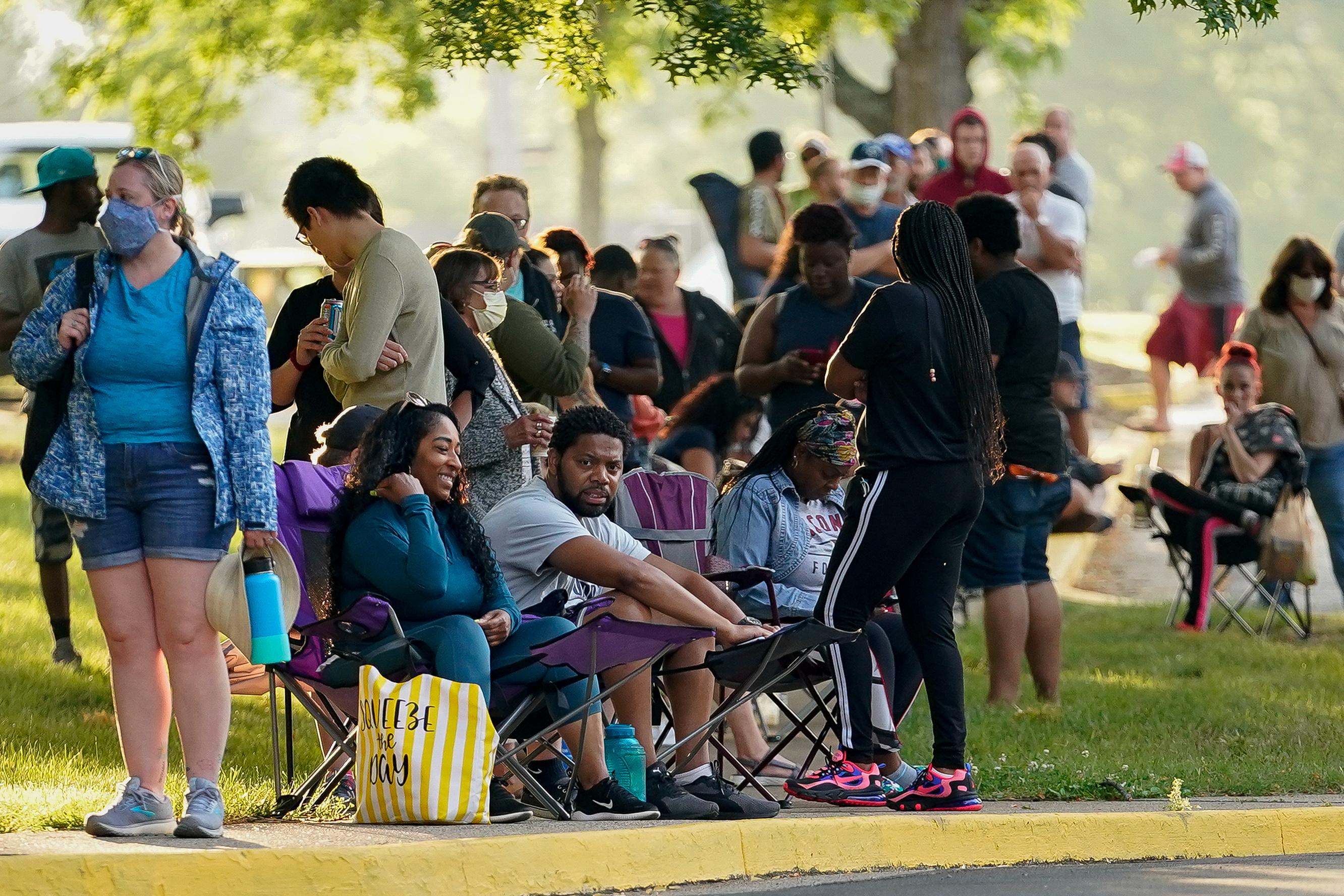 The Labor Department’s closely watched employment report on Friday could pile pressure on the White House and Congress to speed up negotiations on another aid package. Talks have been dragging over differences on major issues including the size of a government benefit for tens of millions of unemployed workers.

A $600 weekly unemployment benefit supplement expired last Friday, while thousands of businesses have burned through loans offered by the government to help with wages.

A labor market relapse would be more bad news for President Donald Trump, who is lagging in opinion polls behind former Vice President Joe Biden, the presumptive Democratic Party nominee for the Nov. 3 election.

“The steam has gone out of the engine and the economy is beginning to slow,” said Sung Won Sohn, a finance and economics professor at Loyola Marymount University in Los Angeles. “The loss of momentum will continue and my concern is that the combination of the virus resurgence and lack of action by Congress could really push employment into negative territory.”

According to a Reuters survey of economists, nonfarm payrolls likely increased by 1.58 million jobs in July, which would be a sharp step-down from the record 4.8 million in June. That would leave payrolls 13.1 million below their pre-pandemic level. Employment peaked at 152.5 million in February.

The economy, which entered into recession in February, suffered its biggest blow since the Great Depression in the second quarter, with gross domestic product dropping at its steepest pace in at least 73 years.

There is, however, a risk of an outright decline in payrolls in July. Reports this week showed a sharp slowdown in hiring by private employers in July and continued decreases in employment at manufacturing and services industries.

Data from Homebase, a payroll scheduling and tracking company, showed a slowdown and modest reversal in employment since mid-June. The Census Bureau’s Household Pulse Survey suggested at least 6 million job losses from mid-June to the week ending July 18, when the government surveyed employers and households for last month’s employment report.

The implied job losses were in areas hardest hit by a surge in coronavirus infections. Cases of COVID-19, the respiratory illness caused by the virus, soared across the country last month, forcing authorities in some of the worst affected areas in the West and South to either shut down businesses again or pause reopenings, sending workers back home. Demand for goods and services has suffered.

“This should not be a shock,” said Elise Gould, senior economist at the Economic Policy Institute in Washington. “Economic recovery depends entirely on success in managing the spread of the virus, and this management has failed spectacularly since early June.”

The anticipated pullback in hiring would challenge the U.S. stock market’s expectation of a V-shaped recovery. The S&P 500 index .SPX is up nearly 50% from its March trough. As COVID-19 cases spiral higher, and Republicans and Democrats bicker over another stimulus package, economists see a W-shaped recovery.

Economists estimate the Paycheck Protection Program that gave businesses loans that can be partially forgiven if used for employee pay saved around 1.3 million jobs at its peak. The extra $600 weekly unemployment checks made up 20% of personal income and helped to boost consumer spending in May and June.

“The second phase of the recovery will be much more challenging,” said James Knightley, chief international economist at ING in New York. “We should be braced for weaker employment and spending numbers in the absence of a new broad and substantial fiscal package.”

Average hourly earnings are forecast to fall 0.5% in July after a drop of 1.2% in June, with most of the job gains skewed towards lower-wage industries. The workweek is seen falling to an average of 34.4 hours from 34.5 hours in June.

The unemployment rate is expected to have dropped to 10.5% from 11.1% in June. But the measurement of the jobless rate has been biased downward by people misclassifying themselves as being “employed but absent from work.” At least 31.3 million people were receiving unemployment checks in mid-July.

Economists expect state and local government payrolls will account for more than half of the employment gains in July, but this should not be viewed as a sign of strength.

The model that the government uses to strip out seasonal fluctuations from the data normally anticipates education workers to drop off payrolls in July. This, however, happened earlier because of the pandemic, which threw off the model.

“Many of the education-related layoffs that typically occur in July probably came earlier this year, so the July reading for government payrolls could be artificially strong,” said JimO’Sullivan, chief U.S. macro strategist at TD Securities in New York.