Home » Business » Treasury: U.S. will be 'compensated' for assistance to airlines

WASHINGTON (Reuters) – U.S. Treasury Secretary Steve Mnuchin said on Friday that taxpayers will “compensated” for providing up to $25 billion in direct grants to the airline industry. 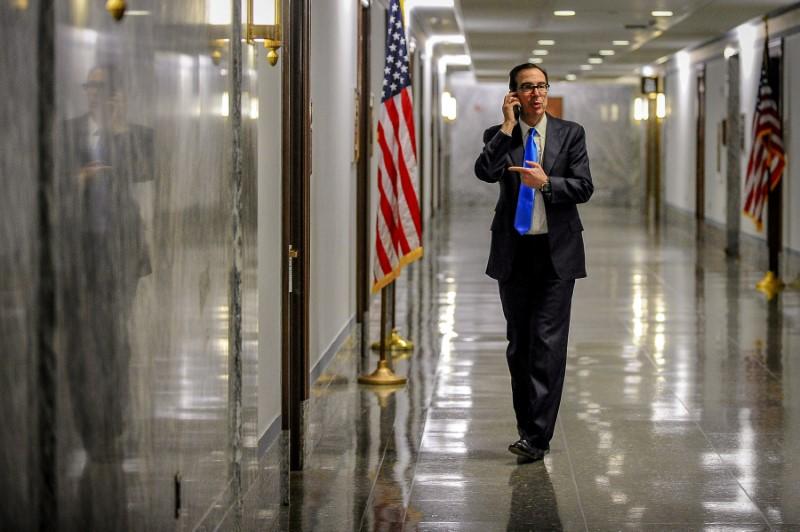 “I’ve been very clear this is not an airline bailout,” Mnuchin told Fox Business Network Friday. “It is support to the airlines for national security reasons that the taxpayers are going to be compensated for.”

U.S. airlines are preparing to tap the government to cover payroll in a sharp travel downturn triggered by the coronavirus, even after the government warned it may take stakes in exchange for bailout funds or other financial instruments, people familiar with the matter said.

Under the bill signed by Trump Friday, Mnuchin can demand equity, warrants or other financial instruments to “provide appropriate compensation to the federal government.” Mnuchin did not directly answer whether he will seek warrants or equity.

“We have people coming from other agencies in the government to come and help us out,” Mnuchin said, saying officials are working at “lighting speed.”

American Airlines chief executive Doug Parker said Thursday the largest U.S. airline is eligible for $12 billion of the $50 billion in U.S. government loans and grants. Parker said the conditions for the grants are “not currently well-defined.” But he added “I expect their terms will not be onerous.”

Delta Air Lines (DAL.N) said Friday the “payroll assistance funds ensure there will be no involuntary furloughs or reductions in pay rates through Sept. 30.”

Airlines are supposed to receive payments within 10 days of the law’s signing.

Boeing Co (BA.N) has sought at least $60 billion in government loans or loan guarantees aerospace industry. Earlier this week, Boeing chief executive Dave Calhoun said the company was not interested in giving the government equity in exchange for loans.

“Boeing has said they have no intention of using the program – that may change in the future,” Mnuchin said.

Trump said Friday that “Boeing will probably need a hand.”

Boeing did not immediately comment Friday. “The taxpayers will be fully compensated,” Mnuchin said. “No bailout for Boeing or anyone else.”