Stat, started in 2015 by the Red Sox owner John Henry, is drawing four to five times its normal audience. “We were built for this,” one of its editors said. 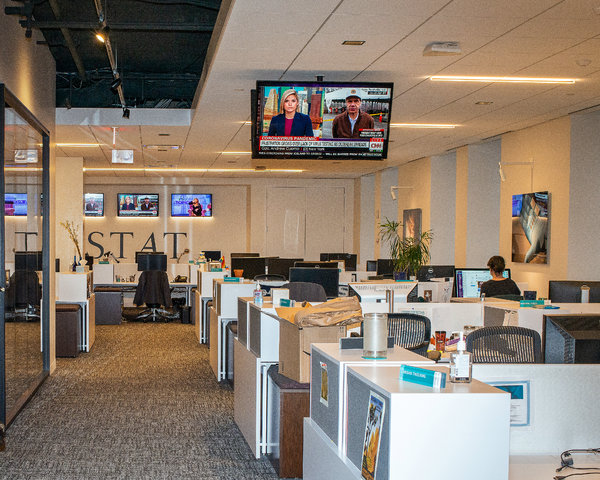 On New Year’s Eve, Helen Branswell, a reporter at the science and medical news website Stat, was finishing an article about the development of an elusive Ebola vaccine when she got an inkling of her next big story.

“Hopefully this is nothing out of the ordinary,” she wrote on Twitter, adding a link to a report of an “unexplained pneumonia” in central China.

Two days later, she tweeted a South China Morning Post article about the outbreak and wrote, “Not liking the look of this.”

Stat published Ms. Branswell’s first article on the “growing cluster of unexplained pneumonia cases” on Jan. 4. There was some indication, she reported, of “a new virus, and perhaps even a new coronavirus.”

Stat, a digital publication in Boston founded in 2015, was early to a story that would dominate the news. In January, a month before the first confirmed case of unknown origin in the United States, the site published articles on the coronavirus’s ability to be spread by asymptomatic carriers; how it could test President Trump’s penchant for undermining established science; and the determination by experts that containing it “may not be feasible.”

“We have realized this was big and have thrown a lot of resources at it, in Stat terms,” Ms. Branswell said.

The site has attracted nearly 30 million unique visitors this year, which is four to five times its usual traffic, said Rick Berke, the executive editor, who oversees the editorial and business departments.

Part of the reason for the surge is that, like many other publications, Stat has placed its pandemic coverage outside its paywall. But with a staff of roughly 30 reporters and editors well versed in health and science, the site was well positioned to cover an epoch-defining story.

“We’re not seeing stories first because we’re smarter, faster or more savvy,” said Jason Ukman, a managing editor. “It’s just because this is the world we’ve been plugged into the whole time. We were built for this.”