Home » Business » 'The government is failing us': Laid-off Americans struggle in coronavirus crisis

(Reuters) – For Claudia Alejandra, unemployment has become a full-time job. 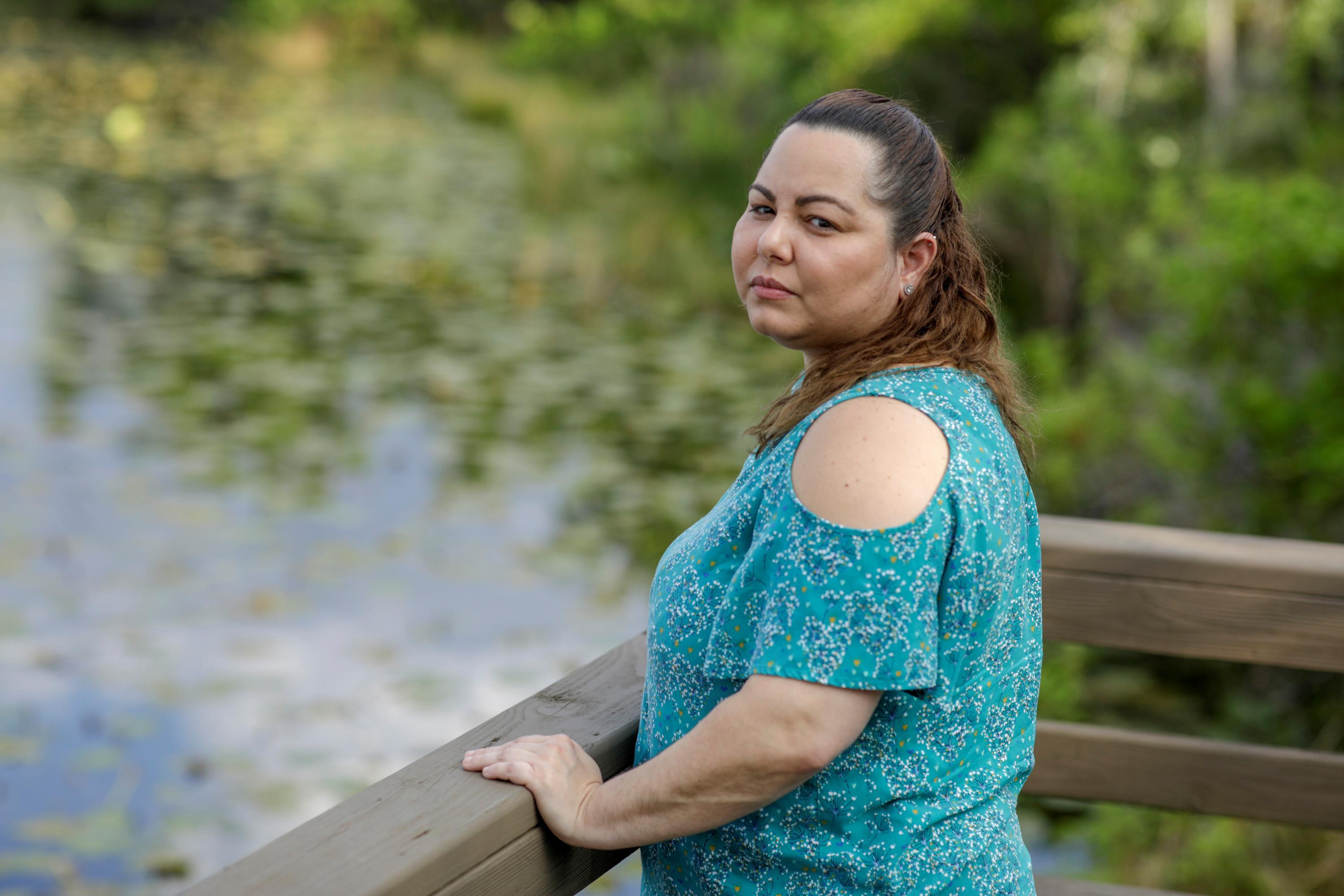 Since losing her position at the makeup counter at the Macy’s department store in Orlando, Florida, on March 28, Alejandra spends her days trying to secure the unemployment benefits that should have arrived weeks ago, sometimes placing more than 100 calls a day.

The online application, a 10-hour ordeal of error messages, ended with a notice that her identity could not be verified. If she’s lucky, she’ll reach a representative who will say there’s nothing they can do to help. Otherwise, it’s a busy signal, or an hours-long wait on hold, followed by a sudden hang-up.

Alejandra, 37, cashed out her retirement fund — $800, a year’s worth of savings — to make the monthly payments on her 2010 Mazda, but doesn’t know how she’ll pay the rent for her studio apartment or her phone bill. Longer-term goals — a promotion, a family, a house of her own — seem even more elusive.

Alejandra’s experience is similar to that of more than two dozen Americans thrown out of work during the coronavirus pandemic who Reuters interviewed over the past week.

While U.S. government guidelines say jobless workers who qualify for assistance should get payments within three weeks of applying, many — like Alejandra — are waiting twice that long. Increasingly desperate, some are lining up at food banks or bargaining with landlords to postpone bills. Most fill their days seeking answers from overwhelmed state bureaucracies.

Alejandra has not heard anything from the state — though she has gotten a fundraising email from Republican Senator Rick Scott, who set up the current unemployment system during his tenure as governor.

“I feel like the government is failing us,” she said in a telephone interview.

Florida has overhauled and expanded the computer system and brought in 2,000 agents to field calls, and plans an investigation of the system’s failings, Governor Ron DeSantis said at a Monday news conference. People who applied in March and haven’t gotten payments yet likely have not provided all of the required information or might not be eligible, he said.

“You’ve started to see a really significant volume of payments going out, and it’s really taken a major overhaul behind the scenes,” he said. His office did not respond to an email with detailed questions on the situation.

In the past six weeks, states have struggled to process over 33 million jobless claims, more than they typically see in a year. That figure does not capture those who have been unable to even file a claim due to bureaucratic hurdles — up to 14 million more, according to an Economic Policy Institute study released last week.

The Reuters interviews across four states — Florida, Michigan, Arizona and Minnesota — revealed a wide disparity in whether or when people received payments depending on where they live. In Minnesota, where state employees field queries on social media platforms as well as by phone, six out of seven jobless people said they were getting benefits — sometimes more than they were earning before.

In Florida, where a buggy computer system has spurred widespread outrage, only three out of eight people said they were getting payments, while all six people interviewed in Arizona and all eight in Michigan said they had not yet received a payment.

The interviews, to be sure, do not represent a scientific sample of Americans’ experiences with jobless benefit systems. But the people interviewed described similar situations in each state. Some who had begun to be paid benefits said they believed public servants were doing their best to respond to a fast-moving crisis, but even those described difficulties in getting the system to work.

All four states face high levels of jobless claims and will be important in the Nov. 3 presidential election. The governors of Florida and Arizona are Republicans, those of Michigan and Minnesota Democrats.

‘I JUST NEED WHAT I’M OWED’

Before the pandemic, Detroit restaurant server Deshan Hedrick used to worry about saving for a new home. Now she has a new problem: where to find food to last her through the next few days.

Hedrick, who lives in a small house with a roommate and had never been laid off in 25 years of waitressing, hasn’t received an unemployment payment since she lost her job on March 16.

By one measure, Michigan is a relative success story. As of April 25, the state had enrolled 21.1% of eligible working-age adults into unemployment programs, the third-highest rate in the country and above the national rate of 13.3%, U.S. Labor Department figures show.

That’s little comfort to Hedrick, 40, who says she wrestled for more than a month with a website for processing claims that repeatedly failed and couldn’t get through by phone. Her claim wasn’t accepted until April 18. Under federal guidelines, she should have received funds by early April.

Hedrick, who has no kids and grew up poor in Detroit, earned about $3,200 a month at Starter’s Bar and Grill. By mid-April, she exhausted her $1,700 in savings. Now she’s surviving on noodles and canned soup donated by friends and faces a $4,000 backlog of bills —- from utilities and insurance to her monthly rent of $825.

Michigan’s Department of Labor and Economic Opportunity spokeswoman Erica Quealy acknowledged there have been delays but said that it has extended call center hours due to the surge in demand and delays, and has quadrupled the number of staffers helping customers.

Unemployment brought a different set of concerns for Phoenix resident Jamell Verse, who suffers from a chronic inflammatory disease called ankylosing spondylitis that causes severe pain in his joints, eyes and stomach.

His employer-based health insurance ended after he lost his job as an account executive on April 9. Now, Verse doesn’t know how he’ll pay for medication that costs $2,000 per month — or a visit to the hospital.

“When the disease flares up it’s quick and it’s violent and it’s with no notice,” he said.

Arizona Republican Governor Doug Ducey eased some restrictions in March, allowing recipients to get payments sooner and no longer requiring proof they are looking for work. But as of April 25, just 5.9% of eligible workers received those benefits, the fourth-lowest rate in the nation, according to a Reuters analysis of Labor Department data.

Verse, 41, says he applied for unemployment on April 10, the day after he lost his job but has yet to receive a payment — or a response of any sort. Like applications in most other states, Verse’s claim has been held up by anti-fraud measures designed to weed out those who don’t qualify. A letter asking him to confirm his application arrived on the day it was due, prompting a scramble to find a fax machine to get it back on time.

The state requires him to speak with a representative before he can get his payments, but the phone lines have been jammed. He says he calls 100 times a day, sometimes starting two hours before the phone lines open at 7 a.m. local time on weekdays in hopes of snagging a spot at the front of the virtual line.

Last week Verse went to the state’s unemployment agency office. Staffers told him to call the same number he has been trying for weeks. “All they were doing was telling people to call the phone numbers that are listed online,” Verse said. “That upset me even more, because their phone lines are all backed up.”

The Arizona Department of Economic Security, which administers unemployment benefits, said it has added 310 staffers since the pandemic began and was hiring 200 more. The state has also contracted with a private-sector call center to help keep up with high call volumes. Officials in Arizona and the three other states declined to discuss the specifics of the cases of the people Reuters interviewed.

The picture appears brighter in Minnesota, which says a worker who files a claim can expect to receive their first payment that same week. The state provides a maximum weekly payment of $740, one of the highest figures in the United States. As of April 18, the state had registered of 13.8% its covered workforce, slightly better than the national average.

As elsewhere, Minnesota initially faced a deluge of applications. Residents interviewed by Reuters say they struggled to reach someone by phone, especially in the first half of April.

Car salesman Preston Jorgensen estimates he placed 200 calls a day using an automatic redialer for two weeks after his application was rejected on April 5, encountering busy signals each time. After weeks of sleuthing — contacting elected representatives, trading tips on social media, and calling other state offices — he thought he caught a break when he was transferred to a line that appeared to work. It rang and he got through. But after five hours on hold, he was disconnected.

Two weeks ago, a state employee called to tell him that his claim had been resolved.

Jorgensen, 36, says his monthly payment of $1,340 falls short of the $8,000 or so he used to earn each month, but covers his mortgage payments and food and diapers for his three young children. His wife, a stay-at-home mother, is expecting another child. The weeks spent trying to resolve his claim were frustrating, he says, but he expressed sympathy for overwhelmed state workers.

“It’s a new time for us as a country and they’re trying to do what they can,” he said.

The Minnesota Department of Employment and Economic Development said it was working to process the high volume of applicants and enroll eligible people as fast as possible.

In Florida, Governor DeSantis has faced an angry backlash as his state has failed to deliver for hundreds of thousands of jobless residents. 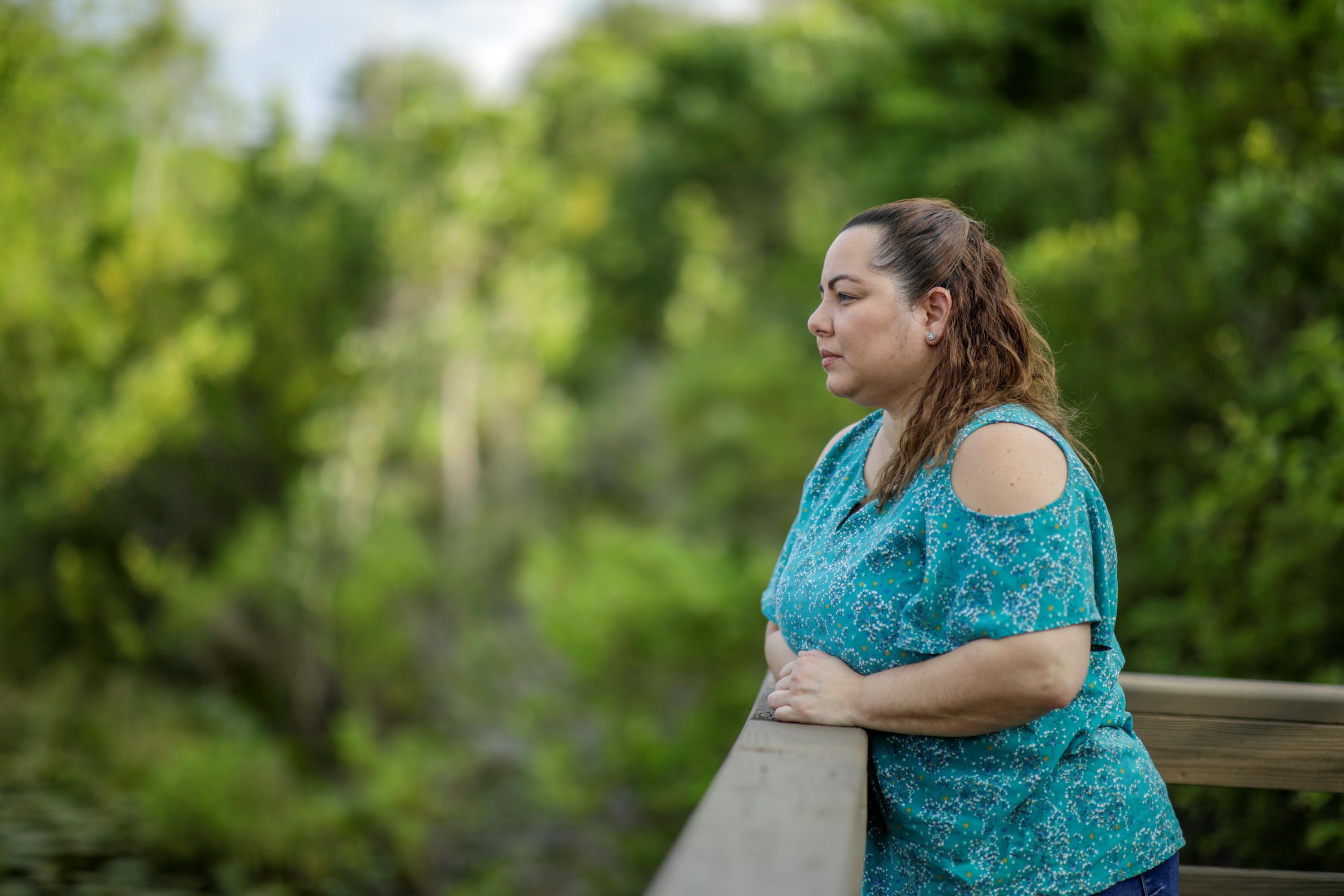 As of April 25, the state was providing benefits to just 4.1% of its covered workforce, the lowest in the nation. In response to a request for comment, state officials cited state figures showing that as of Tuesday 43% of the 1.1 million people who applied for unemployment benefits received payments.

“I’m willing to take anything at this point,” said Jessica Da Silva, 40, was laid off from her restaurant job in the coastal city of Port St. Lucie and was told she qualified for state and federal benefits that totaled about half the $1,200 or so she typically earned in a week. As she and her husband juggle bills and defer payments, she’s riding a bicycle to reduce stress.

“It does a number on you — it causes loss of sleep, it causes you to either overeat, or not eat at all,” said Da Silva.