Home » Business » The City of London plans to convert empty offices into homes. 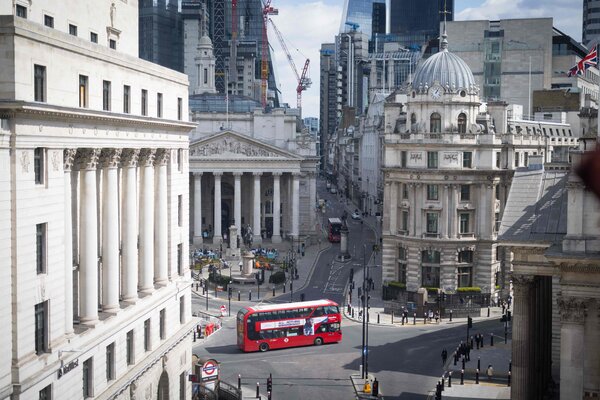 The City of London, the square mile in the center of London that is the heart of Britain’s financial and legal services, once had more than half a million daily commuters bustling through its streets. But the coronavirus pandemic has ushered in a new era of working from home that risks leaving the area permanently depleted. The City of London Corporation, its governing body, is looking for ways to revive it.

One way it hopes to use vacant space is to create at least 1,500 new homes by 2030, the corporation said, as part of a five-year plan announced on Tuesday. The district, which has several train stations, has primarily been a commuter destination, with only about 8,000 residents.

The City, as it is called, is particularly vulnerable to the trend of flexible working. It hosts hundreds of large companies that have been keen to offer their employees latitude in how often they work from the office. Last summer, during England’s brief easing of pandemic restrictions, the City’s streets were deserted while the rest of London and other towns boomed with activity.

“Firms have told us that they remain committed to retaining a central London hub, but how they operate will inevitably change to reflect postpandemic trends, such as hybrid and flexible working,” said Catherine McGuinness, the policy chair at the City of London Corporation.

In New York, developers are also working out how to repurpose office buildings in Lower Manhattan into housing.

While the City tries to lure back its usual workers and business visitors, it will also try to become more appealing to workers outside of financial and professional services. It is looking into offering cheaper, long-term rent on office space for creative professionals in empty or infrequently used spaces.

And it hopes to attract more tourists, with events, shopping and cultural activities outside of office hours. “We will explore opportunities to enable and animate the City’s weekend and nighttime offer,” the report said. “Bold programming of major events may include traffic-free Saturdays or Sundays in summer or an all-night celebration.”