(Reuters) – European stocks were hit by a selloff in technology shares on Tuesday, after a drop overnight on Wall Street following fears of new coronavirus restrictions and a flare-up in U.S.-China tensions. 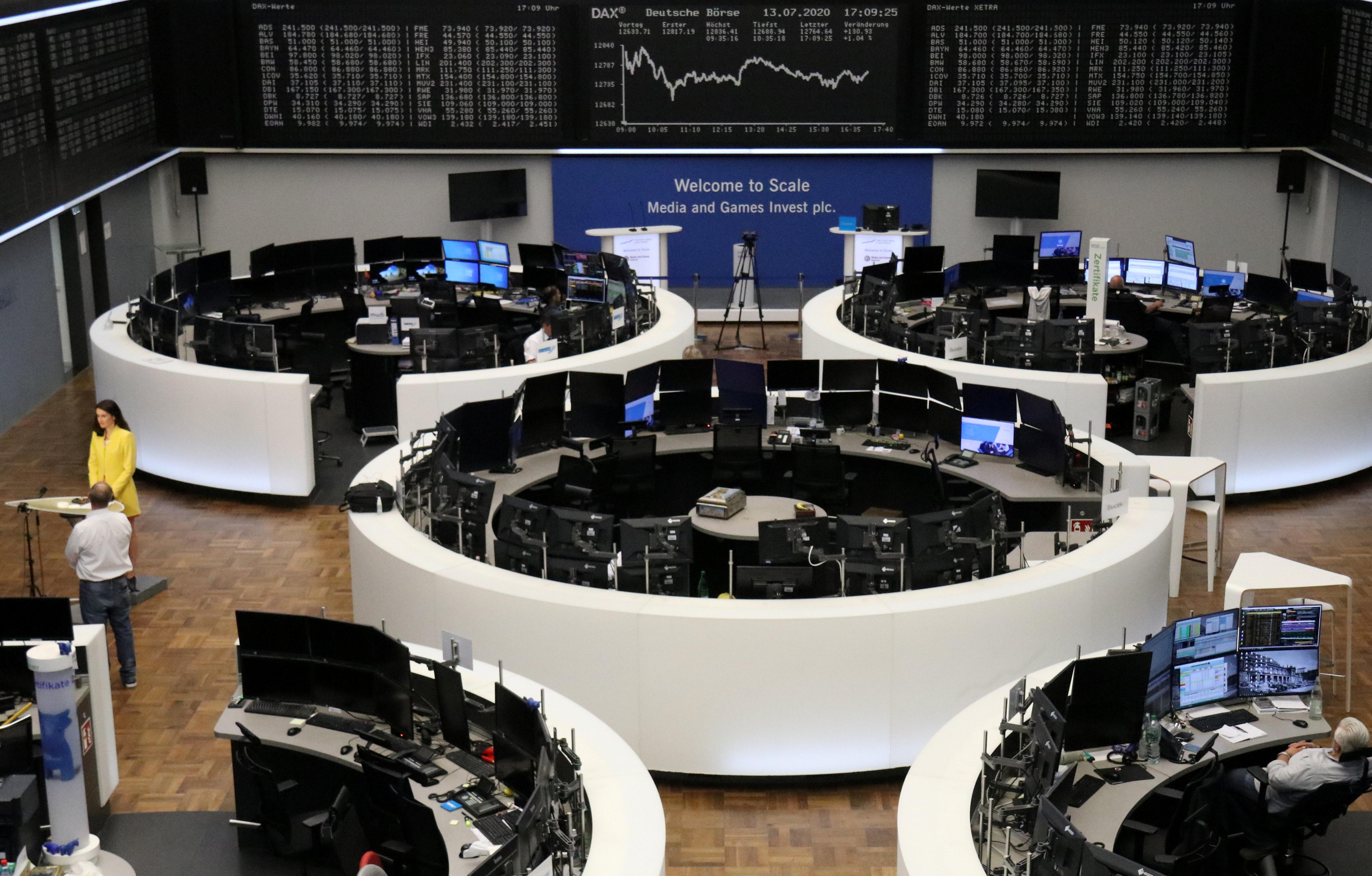 The pan-European STOXX 600 index fell 1.3%, with technology stocks dropping 3.2%, on course for their biggest one-day selloff in over a month.

Shares in SAP SE, ASML Holding NV, Prosus NV and Infineon Technologies AG fell about 4%, tracking overnight declines in U.S. tech majors on worries that another lockdown in California to contain a surge of coronavirus infections may slow a U.S. economic recovery.

“California is a tech haven, so this is going to have a disproportionate effect on tech stocks,” said Connor Campbell, markets analyst at SpreadEx.

Those fears also persisted in Asia with Hong Kong set to impose strict social distancing measures from Tuesday. The number of coronavirus infections around the world hit 13 million on Monday, according to a Reuters tally, climbing by a million in just five days.

“Markets are nervous about the trajectory of the economy,” said Paul Danis, chief global strategist at wealth manager Brewin Dolphin. “I suspect that we are going to have a wobble which will slow the pace of economic improvement, but it is not going to outright derail it.”

The ZEW economic sentiment index was at 59.3 points in July after climbing to 63.4 points in June.

Meanwhile, Washington on Monday rejected China’s disputed claims to offshore resources in the South China Sea, a move that Beijing criticised as inciting tensions in the region.

The world’s biggest watchmaker Swatch Group AG edged lower as it reported its first ever half-year loss, but Chief Executive Officer Nick Hayek said he looked forward to a quick rebound from the pandemic.