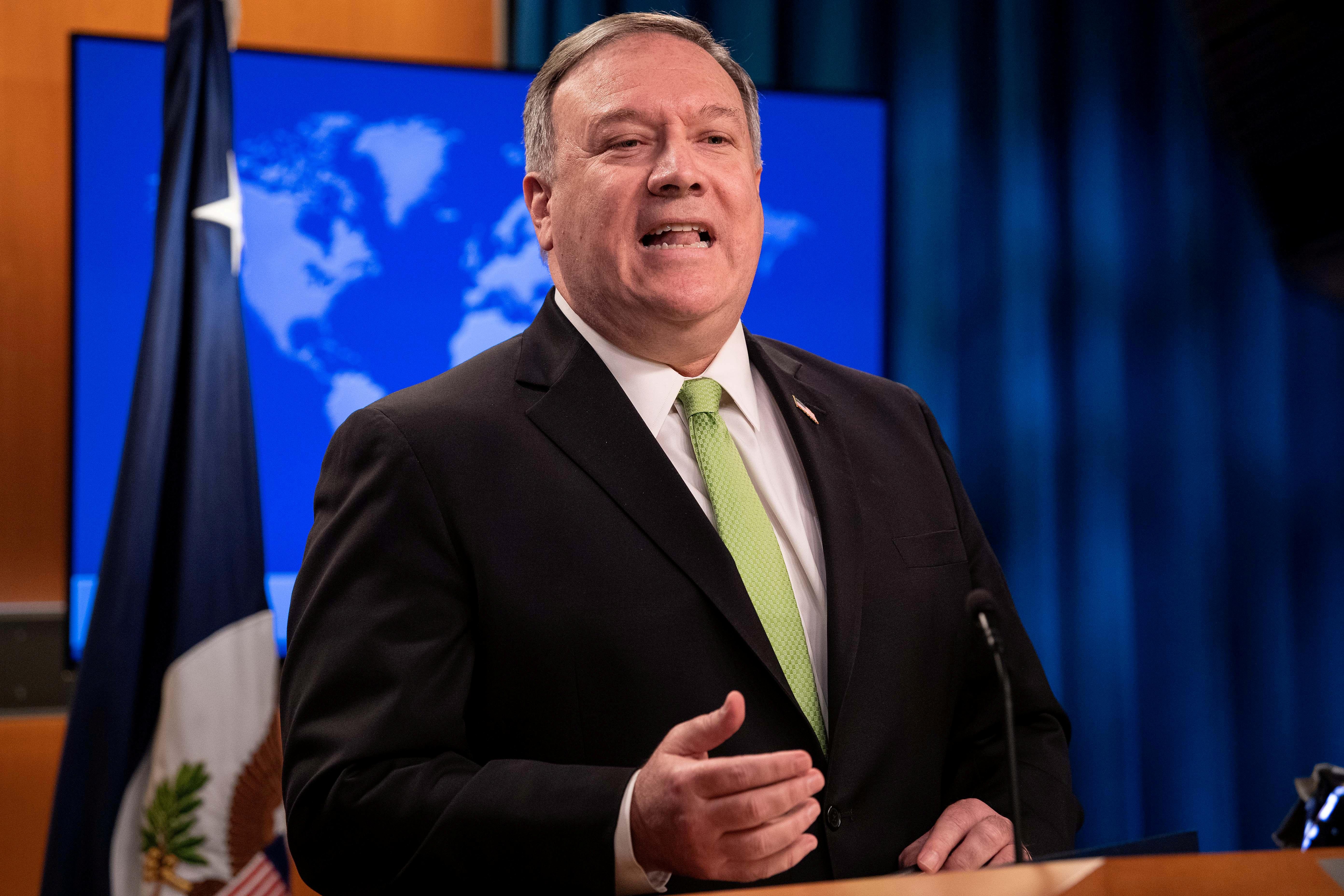 Pompeo said the United States stood ready to help Britain with alternatives after Beijing reportedly threatened to punish HSBC and break commitments to build nuclear power plants in the country unless it allowed China’s Huawei Technologies HWT.UL to build its 5G network.

“The United States stands with our allies and partners against the Chinese Communist Party’s coercive bullying tactics,” Pompeo said in a statement, his latest swipe at China’s ruling party.

Pompeo said the CCP’s “browbeating” of HSBC “should serve as a cautionary tale” and referred to the bank’s Asia-Pacific CEO, Peter Wong, signing a petition supporting Beijing’s plans to impose new security legislation on Hong Kong

“That show of fealty seems to have earned HSBC little respect in Beijing, which continues to use the bank’s business in China as political leverage against London,” he said.

U.S.-China ties have deteriorated rapidly since the start of the year over the coronavirus pandemic and Hong Kong. Washington sees Huawei as an extension of the Chinese government and urges European allies to exclude it from mobile networks.

Pompeo said Australia, Denmark, “and other free nations” had faced pressure from Beijing and it showed why countries needed to avoid economic overreliance on China and to guard their critical infrastructure from CCP influence.

Britain’s Daily Telegraph newspaper reported on Saturday that HSBC Chairman Mark Tucker had warned Britain against a ban on networking equipment made by Huawei, claiming the bank could face reprisals in China.

Senior British and U.S. politicians criticized HSBC and Standard Chartered last week after they both backed the national security law for Hong Kong.