LONDON (Reuters) – Non-bank financial firms such as investment funds have exhibited vulnerabilities during the coronavirus crisis that may need fixing to help economies recover, a global regulatory watchdog said on Tuesday. 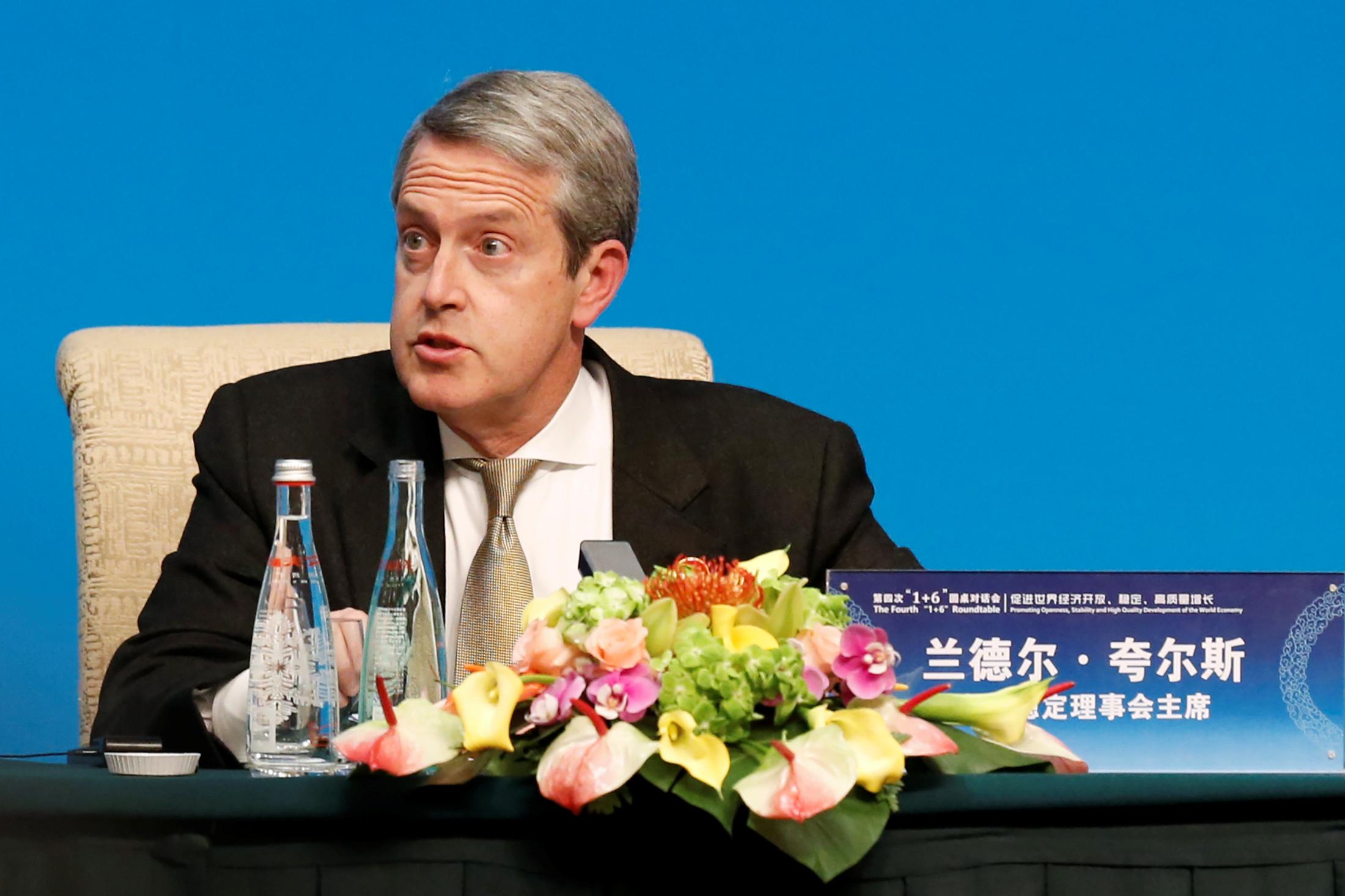 The Financial Stability Board (FSB), which coordinates financial rules for the Group of 20 (G20) economies, said that although an initial wave of volatility has ebbed, markets remain under great strain and in some cases illiquid.

FSB Chair Randal Quarles said the impact of the coronavirus pandemic on credit markets and investment funds has highlighted potential vulnerabilities and the need to understand the risks and resulting policy implications.

“It is more important than ever to ensure that we can reap the benefits of this dynamic part of the financial system without risking financial stability,” Quarles said in a letter to G20 finance ministers and central banks, who are holding a virtual meeting this week.

The FSB said it has set up a group to fine tune work on investment funds and credit markets, which have been a source of conflict between market regulators and central banks in the past over how stringently they should be regulated.

Regulators have come under heavy pressure from banks to loosen capital buffers and ease provisioning requirements for bad loans as businesses struggle to stay afloat during lockdowns.

Quarles said the FSB was guiding G20 members on using existing flexibility in global rules, while also preserving collective support for the standards.

“It will become increasingly important to assess the impact of measures taken and to ensure that these policies are effective in the near term, and, eventually, to give a strong basis for deciding on when, and how, to return to more normal operations in the financial sector,” Quarles said.

Fallout from the coronavirus crisis has led to speculation that regulators will have to push back an end of 2021 deadline for ending the use of the Libor interest rate benchmark that banks were fined billions of dollars for trying to rig.

The rate is used in contracts like home loans and credit cards worth around $400 trillion globally, and ending its use is one of the biggest challenges faced by markets in decades.

“The financial stability risks that would be associated with an unsuccessful transition away from Libor are as relevant in the current environment as they were before,” Quarles said.

The FSB will set out for G20 finance ministers in July the remaining challenges to shifting away from Libor and explore ways to address them, Quarles said.