Global luxury brands including Gucci and Louis Vuitton are scaling back orders with Italian suppliers, as the spread of the coronavirus from key market China to major manufacturing hub Italy hits business across the sector, industry sources said.

Italy, home to scores of specialist manufacturers of high-end goods from shoes and leather goods to menswear, has seen the biggest epidemic of the virus outside China, prompting Rome to impose a virtual lockdown over much of its wealthy north.

Reuters spoke to a dozen textile and leather goods suppliers in the region of Veneto, which is affected by the quarantine, and nearby Tuscany. Many said that even before the unprecedented restrictions were put in place on Sunday, brands had been cutting orders from late January, as demand plunged in China.

“We were producing 800-1,000 handbags a month for Gucci. In February we made 450 and we have no orders for March,” said the owner of a small supplier for Kering’s (PRTP.PA) top brand employing eight people in Scandicci, a district outside Florence that is the hub of leather goods production in Italy.

“We don’t have orders for April or May either. The company has been brought to a standstill and we are having to put our workers on temporary redundancy schemes,” he said.

Like most of the suppliers who spoke to Reuters, he declined to be named for fear of losing future contracts.

The 280 billion euros ($320 billion) per year global luxury goods sector, already reeling from months of protests in the shopping hub of Hong Kong, was dealt a hammer blow earlier this year by the coronavirus outbreak in mainland China.

As authorities battled to contain the emergency in a country that is home to more than a third of global luxury shoppers, brands were forced to shut shops, shelve new openings and postpone advertising spending there.

The spread of the virus across the world, and to Italy in particular, has compounded the pain, with countries including Britain and the United States warning against non-essential travel to Italy, slowing tourism to a trickle.

That is set to translate into a major sales hit for the country’s 90 billion euros fashion and textile industry.

It also has implications for the luxury industry worldwide due to Italy’s importance as a supplier, said Flavio Cereda, an industry analyst at Jefferies, who on Monday cut his 2020 sales forecast for the sector for a second time this year.

He now expects a sales decline of 3% at current exchange rates, compared with his previous forecast for 1% growth.

“Prolonged disruption of economic activity may well result in supply chain issues for most brands,” he said, adding, however, that he had no evidence of that happening yet.

Though Tuscany is not part of the lockdown, its Scandicci manufacturing hub – which had been booming in recent years as luxury giants from LVMH (LVMH.PA) to Kering and Prada (1913.HK) expanded their production sites and snapped up workshops – is suffering.

Massimiliano Guerrini, whose family owns Almax, a Scandicci-based producer which makes bags for 10 brands including Kering’s Saint Laurent, Gucci and Balenciaga as well as LVMH labels, said he had seen a decline in orders “of a few percentage points” due to the coronavirus emergency in China.

“I thought things were not too bad given the circumstances, but now this new alarm in Italy risks making more casualties among businesses than among people and disrupting the supply chain for the orders that are still in the pipeline,” he said.

“We have 270 employees and have diversified our customers, so we managed to mitigate the impact so far. But some of the smaller suppliers are not going to make it.”

A leather goods and handbag supplier in Veneto reported a 30% plunge in orders from LVMH’s Louis Vuitton, while others said Prada and Ferragamo were also cutting back orders.

Claudio Marenzi, who is in charge of fashion at business lobby Confindustria, said foreign buyers of Italian textiles had started cancelling orders in late February and some retail outlets had seen sales halve.

“Since the virus emerged in China we knew there was going to be a slowdown in the first quarter. But now the whole year risks going up in smoke for us,” he said.

A source with knowledge of the situation said Ferragamo had told employees to take Fridays off for the next eight weeks, frozen new hires and the renewal of fixed-term job contracts. 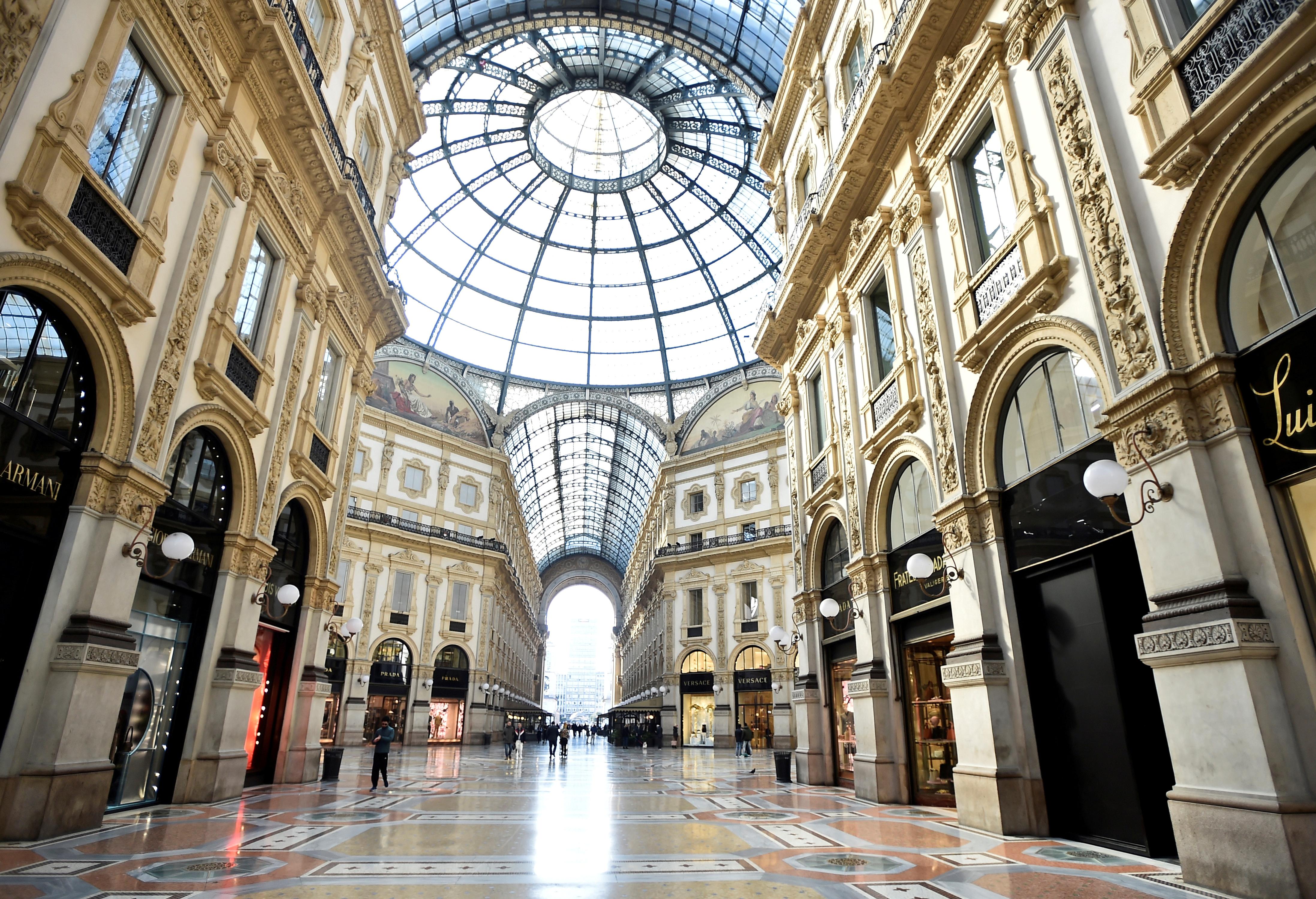 After holding its Milan fashion week show behind closed doors, Giorgio Armani closed its northern Italy factories for a week in late February. A spokeswoman said on Monday they had reopened in the first week of March, although most employees were working from home.

Luca Bortolotto, head of apparel and accessories at artisans and small businesses association Confartigianato in Vicenza, one of Veneto’s main cities, said he was thinking of hiring a child minder to help workers at his leather goods business, given schools have been closed across the country.

“And as if all this was not enough, we live in fear that one of our workers may fall sick, which would mean putting everyone under quarantine and paralyzing the whole company,” he said.